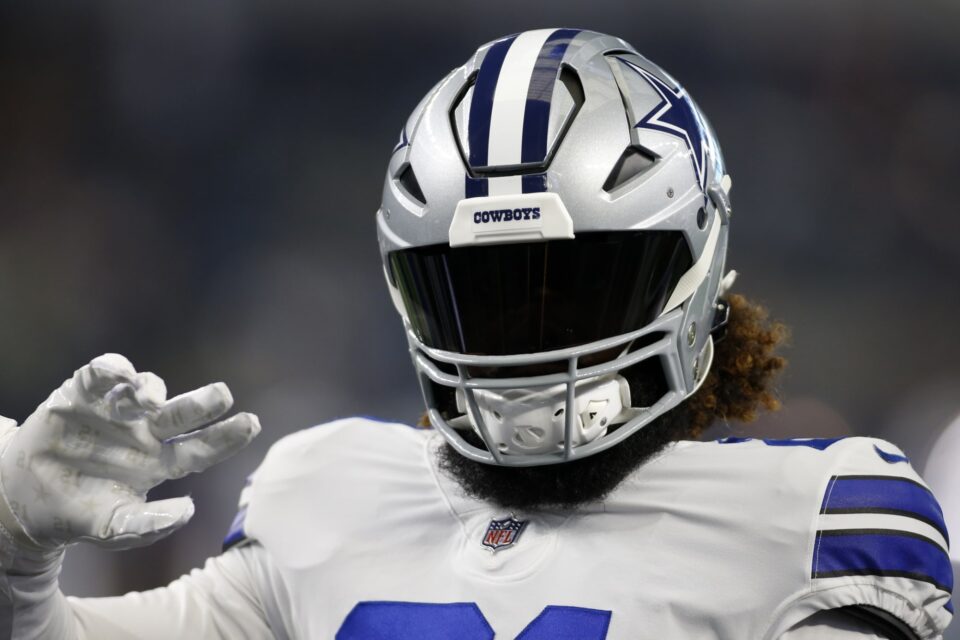 Cowboys running back Ezekiel Elliott debuted a new helmet on Sunday Night Football and it raised some questions with a vastly different look.

If you’ve been watching Ezekiel Elliott line up in the backfield from his time with the Ohio State Buckeyes and throughout his NFL career with the Dallas Cowboys, there has never been a change with his helmet. He’d worn the Riddell SpeedFlex helmet consistently throughout that entire time.

So it was a bit of a jarring image to see Zeke rocking a new lid for the 2022 season, particularly when he came onto the field for Sunday Night Football against the Buccaneers in Week 1.

Thus, everyone wants to know what the deal is with the new helmet for the Cowboys running back.

Elliott’s new helmet, which looks like it was ripped out of The Jetsons or Futurama, is the Riddell Axiom and you can take a better look at it here.

While Elliott joked about the new helmet by comparing it to getting the newest model of a truck when it comes out, there is actually a much more logical and sound reason for him making the switch.

The new model of helmet for Riddell is custom fitted to a player’s head and contains multiple sensors that will allow analysts to see where impact is hitting a player’s head and can help to prevent both injuries and perhaps long-term brain injuries such as CTE. Moreover, there is no top bar on the face mask, which allows for a wider range of vision for Elliott and any player wearing the helmet.

So while Zeke might joke about his new lid, there’s is a damn good reason for making the switch from his old faithful.