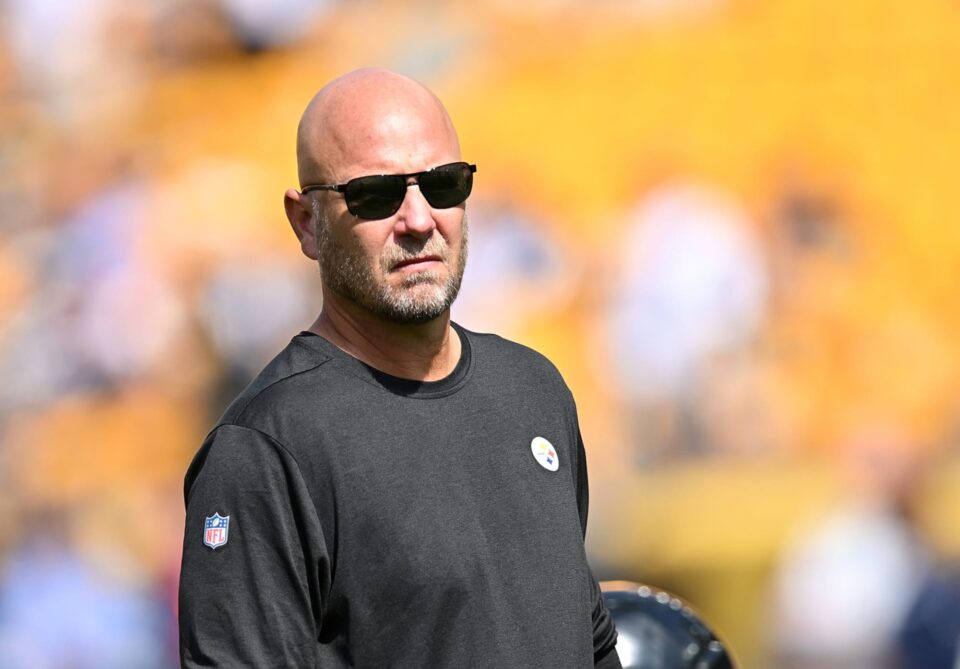 The Pittsburgh Steelers have failed to see the error in their ways by sticking with Matt Canada.

A little bit of patience would have gone a long way with the Pittsburgh Steelers this offseason.

By committing to offensive coordinator Matt Canada for another year, the Steelers settled for mediocrity rather than pursuing an opportunity to get better. There are many coordinators out there to be had at this stage of the offseason, but one of the best names briefly was available. Former Dallas Cowboys offensive coordinator Kellen Moore is joining the Los Angeles Chargers.

The only way this would have been worse for Pittsburgh is if Moore landed with a divisional rival.

Look. The most important thing for the Steelers going forward is to put Kenny Pickett in positions to succeed. The former first-round pick will be entering his second season out of Pitt. While he does have a relatively low ceiling as a franchise quarterback, you can win a lot of games with him. Isn’t that the same sort of thing Moore did for years with Dak Prescott on the Cowboys’ staff?

Frankly, getting out of Dodge is probably the best thing for Moore in his career. He leaves the pressure cooker in DFW with a new lease on life. Though he could have led his alma mater a few years ago, the Boise State legend wanted to stay in the NFL. The Bolts have a myriad of issues, but their roster is loaded. Not only that, but Moore has aligned himself with Justin Herbert.

And this is precisely where the Steelers screwed up. The AFC is now largely run by the Buffalo Bills, Cincinnati Bengals and Kansas City Chiefs. All three franchise have established head coaches and proven star quarterbacks in their mid-20s. One would think another AFC team will challenge them in due time. Herbert is the best quarterback talent in-conference outside of those three.

While he will have to overcome Brandon Staley nonsense for as long as Dean Spanos allows him to roam the Chargers sidelines, the Bolts will always have a chance with Herbert. As for Pittsburgh, do you really think Canada and the two-gloved Fake Slide King are going to get on their level? Moore would have only been a temporary solution for Pittsburgh, but it would have worked.

You can blame Canada all you want next season, but this all falls back on the organization itself. 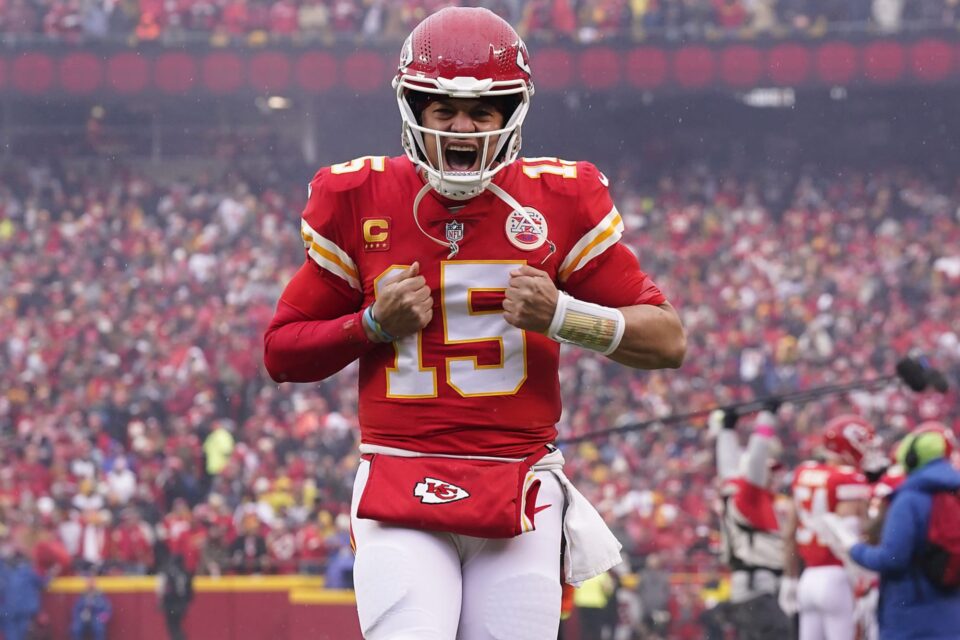 Pistons vs. Mavericks prediction and odds for Monday, January 30 (Bet the under) by Josh Yourish

The Super Bowl is almost two weeks away and we’re already seeing the odds change for Philadelphia Eagles taking on the Kansas City Chiefs in this year’s game.

Based on the early adjustment, the money is coming in on Philly.

After the Eagles opened up as 1.5-point favorites over the Chiefs on Sunday, that line has already moved to Eagles -2. The big reason for that movement is that over 60% of the money and total bets are being placed on Philadelphia.

The moneyline for the Super Bowl has also moved. The Chiefs initially had -105 to -115 odds, depending on where you looked, to win the game outright. Now those odds have moved to +105 to +115. That means if you bet $10 on the Chiefs to win the Super Bowl yesterday your profit would be under $10 and if you did it today it would be over $10; if the Chiefs win of course.

The Eagles have dominated in the playoffs thus far, so this makes sense. They beat the New York Giants and San Francisco 49ers by a combined score of 69-14 behind offensive and defensive lines that manhandled the competition.

The Chiefs, meanwhile, have eked out two wins in the playoffs and quarterback Patrick Mahomes is dealing with a sprained ankle. Their offensive weapons are limited behind Travis Kelce and Mahomes and their defense isn’t quite as dangerous as their counterparts.

We’ll see if the line continues to move toward the Eagles as more money pours into this game or whether the Chiefs find some backers as the week progresses. But the early action is on Philly and I don’t see that changing.

Game odds refresh periodically and are subject to change 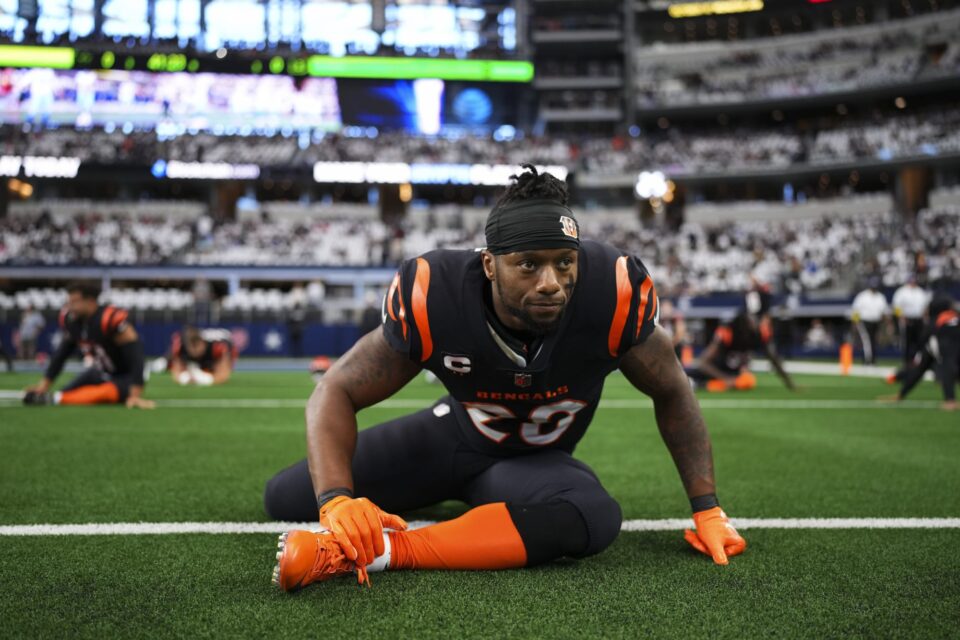 After coming up one game short of the Super Bowl this season, the Cincinnati Bengals have to reconfigure their plans heading into a critical 2023-24 campaign.

The Cincinnati Bengals went out with a bang, as they talked their way to the top of the bulletin board in Arrowhead Stadium. As catchy as ‘Burrowhead’ sounded throughout the week, it was bound to get the best of a Cincinnati team which went up against a gauntlet in the Kansas City Chiefs.

Even with Patrick Mahomes suffering a high ankle sprain against the Jacksonville Jaguars, Kansas City’s offense looked capable, and made the necessary adjustments. Some controversial calls in the fourth quarter put the Bengals behind the eight ball, and despite one final chance to pull off a memorable upset, Joe Burrow could not lead a game-winning drive this time around, as he has so many times before.

Entering a critical offseason, the Bengals must decide which players they want to prioritize, and who they can afford to lose. Jessie Bates, their All-Pro safety, is at the top of that list.

Cincinnati Bengals who won’t be back: Lou Anarumo

Lou Anarumo is the mad scientist behind the Bengals defensive improvement over the past few seasons, and it’s about time he receives a head coaching gig. If it’s not this offseason, then perhaps next.

Anarumo specializes in creative blitz packages. While he was receiving very little head coaching interest around the league prior to the Bengals game against the Chiefs on Sunday, his scheme exploited Kansas City’s offense at times, and perhaps earned him a second look. With a distinct lack of capable head coaching candidates on the market right now, Anarumo could be the next big name. Just ask Zac Taylor:

“He’s constantly evolving [the scheme] to make sure we put our guys in position to do things that hit their strengths,” Taylor said of Anarumo. “He does a great job adjusting over the course of the week, over the course of the game. It’s not fun being a defensive coordinator in the AFC. Every week is a challenge. He never blinks. I think the players feel that from him. I feel that from him. He’s always going to give our guys a chance to go play well.”

The Bengals players love playing for Anarumo, as well, which speaks volumes. As of this writing, the Arizona Cardinals have already requested an interview. There’s more to come. 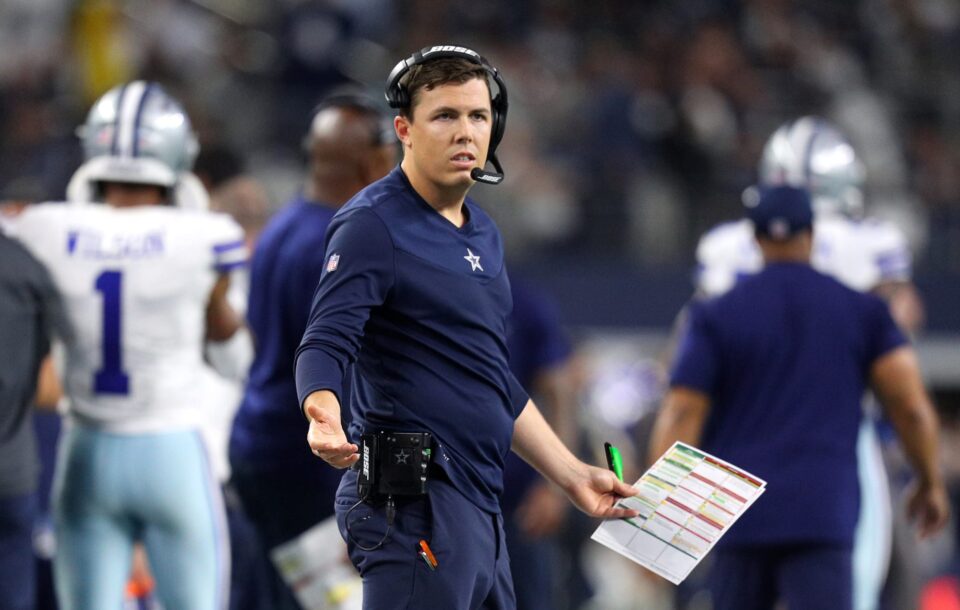 The Cowboys ostensibly fired offensive coordinator Kellen Moore on Sunday as the two sides agreed to part ways. Now they need to replace him.

Most Dallas Cowboys fans were hoping that the team would be playing on conference championship Sunday but, instead, the franchise was making headlines one week after a disastrous Divisional Round loss to the 49ers. On Sunday, the team essentially fired offensive coordinator Kellen Moore.

Moore appears to be the scapegoat for the team’s offensive shortcomings, particularly in the loss to San Francisco. But it might also be frustrating to fans that reports indicate that head coach Mike McCarthy, no stranger to criticism himself, will take over play-calling duties.

Having said that, no matter who is calling plays, the Cowboys need an offensive coordinator who can develop talent while also taking advantage of the immense talent on the Dallas roster. With that in mind, these three replacements for Kellen Moore would make a lot of sense.

Joe Brady could be the secret sauce the Cowboys offense needs

If you only follow the NFL, you might only be familiar with Joe Brady as the former Panthers offensive coordinator who was fired from Matt Rhule’s staff but has since landed with the Buffalo Bills as the quarterbacks coach. That’s all true, but his bonafides that would qualify him to be the new OC in Dallas truly come from his time in the college ranks.

Brady was hired onto Rhule’s staff after he was the wide receivers coach and offensive assistant for the 2019 LSU Tigers. You know, the team that had Joe Burrow, Ja’Marr Chase, Justin Jefferson and so on that went on to set virtually every offensive record in college football en route to going 15-0 and winning a national championship.

By my estimation, Brady was scapegoated in Carolina for the shortcomings of Rhule in building a culture around the Panthers. With a revolving door at quarterback and a roster not totally set up to win, it was a tough scene. It’s the outlier on Brady’s resumé with his success as part of the Bills’ staff and his time at LSU.

With McCarthy calling the plays, you have to like the idea of one of the minds behind that LSU offense helping design the Cowboys offense moving forward and with what he could do for the likes of CeeDee Lamb and Michael Gallup, among others. He is an all-upside hire that might be a bit risky but could end up paying huge dividends.

George Kittle has short NSFW response after losing to Eagles 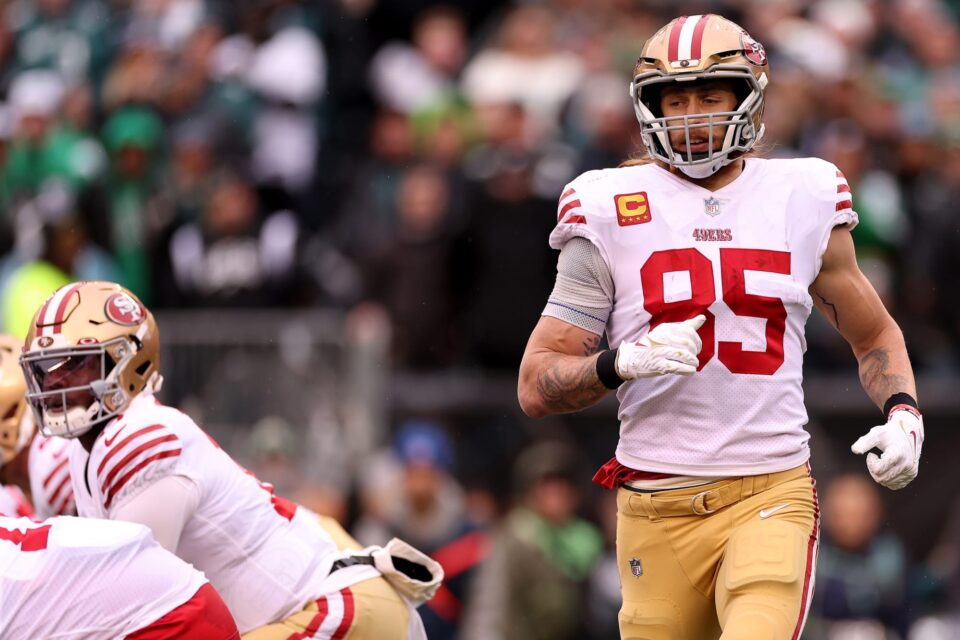 San Francisco 49ers tight end George Kittle gave a short, explicit answer when asked about how it felt to lose the NFC Championship Game to the Philadelphia Eagles.

The San Francisco 49ers run in the playoffs once again ends in the NFC Championship Game. After riding with Brock Purdy as their quarterback entering the playoffs, the injuries at the position once again piled up at the worst possible time, as they lost to the Philadelphia Eagles 31-7. Purdy suffered a right elbow injury in the game, and backup Josh Johnson had to exit after suffering a concussion.

After the game, 49ers tight end George Kittle was asked how it felt to lose in the NFC Championship Game without a quarterback. Kittle repeated the question before responding with “pretty s****y.”

#49ers George Kittle in repeating a reporter’s question and expanding on it:

“How does it feel to lose the NFC Championship Game because I don’t have a quarterback? Pretty shitty, to be honest.”

The 49ers did something that is impossible to others, and that’s overcome two big injuries to their top two quarterbacks. Trey Lance suffered a fractured ankle in Week 2 and Jimmy Garoppolo reassumed the starting role on the offense. But in Week 13, Garoppolo broke his foot, thus paving the way for Purdy, the final pick in the 2022 NFL Draft.

Even though Purdy had won his first seven starts, the injury bug hit him early in the first half. When attempting a pass, Purdy had his right arm hit by Eagles edge rusher Haason Reddick. He exited the game, went to get checked out by the training staff, and stood on the sidelines in uniform.

Josh Johnson, who the team signed after the Garoppolo injury, entered the game. But in the second half, Johnson was hit by defensive lineman Ndamukong Suh, and hit the back of his head off of the football field. Johnson was ruled out for the remainder of the game due to a concussion, forcing Purdy to enter the game again.

The magic ran out for the 49ers, and now enter an important offseason. Lance and Purdy are under contract for next season, while Garoppolo is set to hit free agency. Will the 49ers stick with Lance and Purdy, or will they attempt to bring in an outside option? That will be something to watch for this offseason.