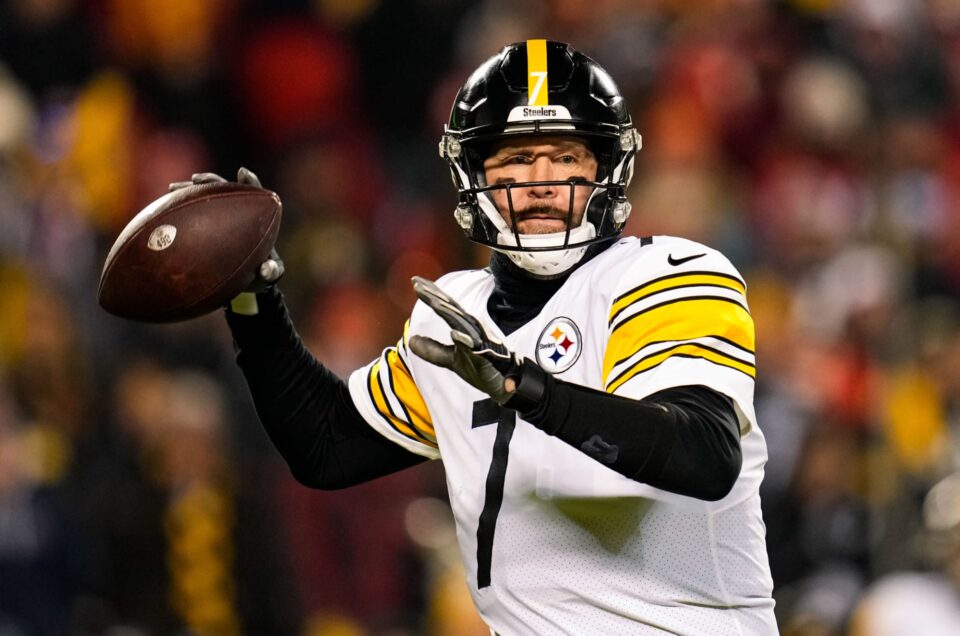 Ben Roethlisberger knows a thing or two about dealing with distressed wide receivers — he was able to coexist with Antonio Brown for years. Brown, as we all know, has failed to make much of a consistent impact since. Roethlisberger is destined for the Hall of Fame.

On his podcast, Roethlisberger commented on what he saw from George Pickens, the rookie wide receiver out of Georgia, who drew some comparisons to Brown and other distressed Steelers wide receivers of years past with his sideline tantrum against the Falcons.

“I guarantee what just happened,” Roethlisberger said on his most recent episode of the ‘Footbahlin’ with Ben Roethlisberger’ podcast. “They threw a little (2)-yard completion to him. That is a prototypical offensive coordinator trying to keep a guy happy. They threw him a 3-yard pass to try to keep him happy. We would do that to guys, hey we have to do something so and so is mad, he is fighting with everybody, we gotta throw a screen. You would do anything to get him the ball and that’s what just happened. Some guys that would be good, but we’ll see.”

Pickens has plenty of talent, and ought to rebound from this experience quite well. He is just a rookie, after all.

Steelers coach Mike Tomlin liked the energy he witnessed from Pickens, but would rather it be channeled in a positive manner, instead of calling anyone out directly.

“I’d rather say ‘Whoa’ than ‘Sic ’em,’” Tomlin said Tuesday, per ESPN. “I want a guy that wants to be a significant part of what it is that we do. Now, the appropriate and professional and mature way to express that, we’re growing and working on, and we will continue to. But that spirit, that competitive spirit, the guy that wants the ball. I want that guy.”