Did the Cowboys cross a line with Odell Beckham Jr.’s health? 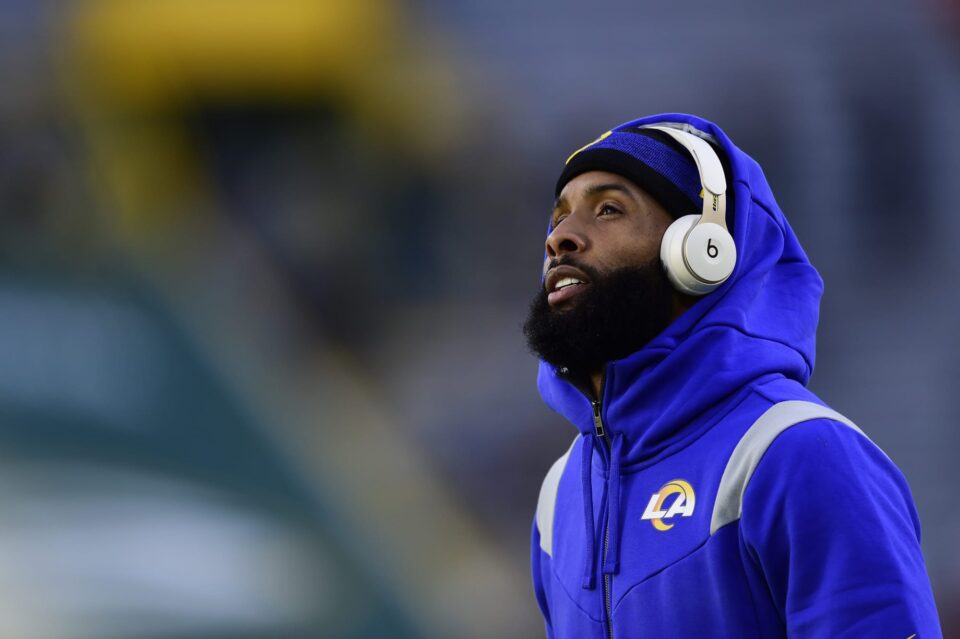 Odell Beckham Jr. most recently visited the Dallas Cowboys in hopes of talking about a contract, but instead, an update on his health scared them off.

Star NFL free agent Odell Beckham Jr. has been out all season, not signed to a contract, while recovering from his ACL surgery. He’s looking to come back now, so he’s begun his journey of finding a team to join. Over the past week, he’s met with the Buffalo Bills, New York Giants and Dallas Cowboys.

The Bills and Giants were pretty quiet following their meetings with Beckham, but after his visit with the Cowboys, ‘leaks’ revealed that his injury doesn’t appear to have progressed enough to guarantee he’d play before mid-January.

This ‘leak’ is definitely questionable. Medical information is supposed to be protected, and it certainly raises an ethical question as it may make teams question whether or not to sign Beckham.

The exact details of his physical are unknown, so there’s still a possibility that all teams wouldn’t come to the same conclusion. However, it should be up to the teams to make that judgment on their own and not be swayed by any leaks, especially from another organization.

It remains unclear if the leak came from the Cowboys, or elsewhere. However, it would be counterproductive for Beckham Jr.’s team to reveal his own medicals, especially if they impact his signing in a negative way.

According to Mike Florio of NBC Sports, a source went as far as to suggest Beckham should sue the Cowboys for violating his medical privacy rights. Beckham himself is the only one who should be sharing his medical findings at his own discretion. If someone in the Dallas organization make that information public, Beckham Jr. would have a case. But that would take a thorough investigation and evidence that currently isn’t available.

It doesn’t look good for the Cowboys regardless, and that should be reason enough for him to lose interest in signing in Dallas. The Bills are a highly successful team that he could definitely fit well on, and he started his career with the Giants, so both would be great options.