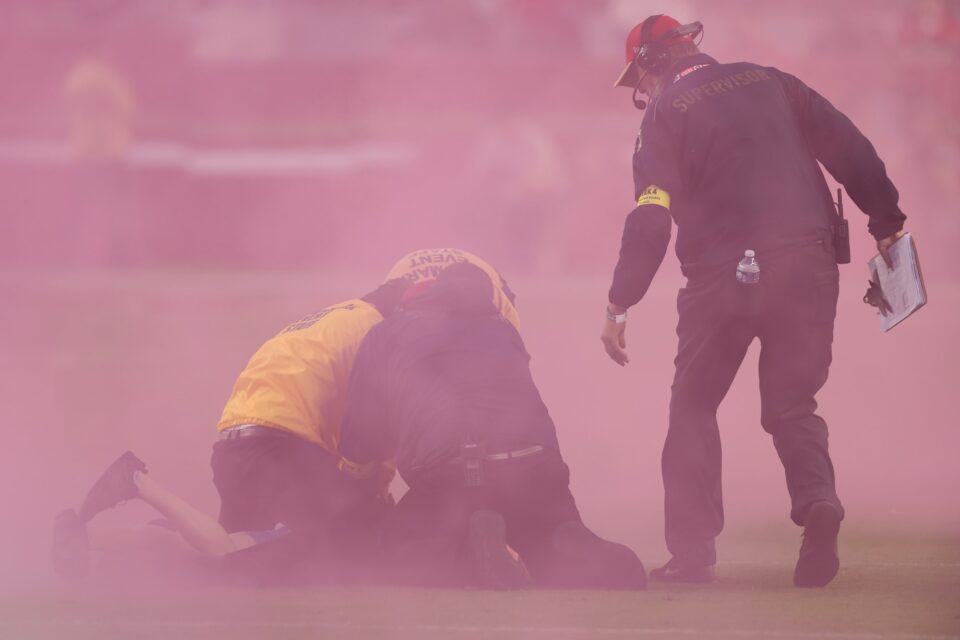 Watch Bobby Wagner murk a fan who charged the field during Rams vs. 49ers.

Fans running across fields during pro sporting events are nothing new but seeing a professional athlete tackle them on the field is a whole other story.

During the Los Angeles Rams vs. 49ers Monday Night Football game a fan with pink-colored smoke attached to them raced across the field. On-field security wasn’t able to catch them, but Bobby Wagner sure did.

But the kicker of the whole thing was the Manningcast commentary of the incident.

That’s some dedication on both the fan and Wagner’s part.

That’s going to leave a mark.