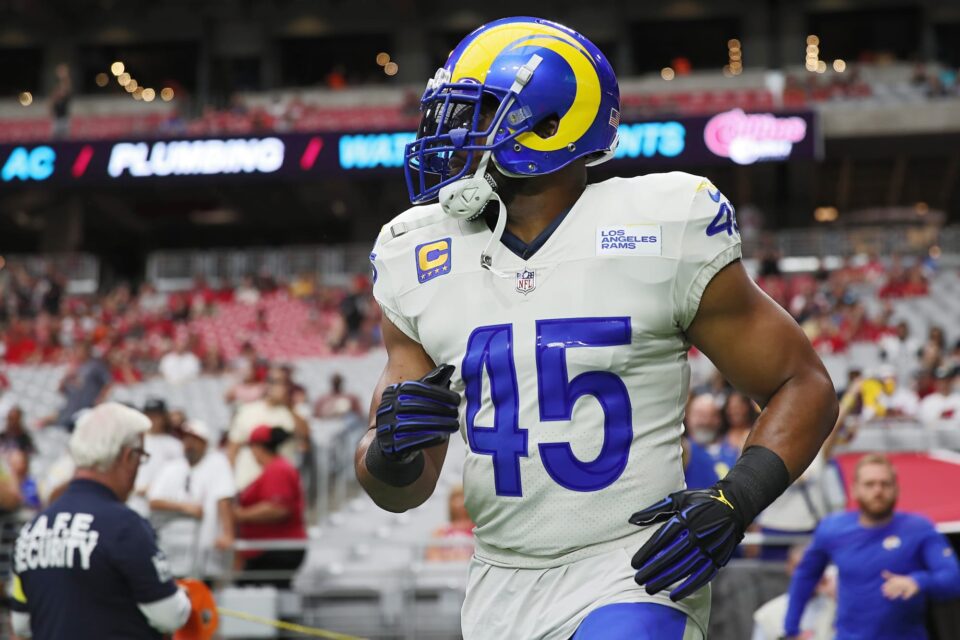 Kevin Harlan is the king of calling shenanigans on the football field, so he was the perfect voice for Bobby Wagner destroying a field-invading fan.

If there’s a fan on the field, Kevin Harlan is the one to turn to for the best play-by-play.

He lived up to that reputation on Monday night as the 49ers and Rams battled in Santa Clara.

A protestor interrupted the game in the second quarter by rushing onto the field while holding a pink smoke bomb. We’ll let Harlan paint the rest of the picture.

“That guy is heading into the slammer. And it will not be a good night,” Harlan finished in perfect style.

The one thing Harlan missed was the hilarity of the person in black initially chasing the protestor tumbling to the ground with an apparently non-contact injury.

Hopefully, that guy is okay, though it didn’t look very good for his knee.

Harlan has made a name for himself with incredibl “Idiot on the Field” calls, as Timothy Burke has dubbed them.

He seems to save his best for matchups between the Rams and 49ers though. This one will go down as one of the all-time greats.

Let’s not forget the most memorable of them all, his call of the cat on the field in New York:

Kevin Harlan’s Westwood One radio call of the cat on the field is, as you might expect, an all-time great call. How much of a pro is Harlan? He worked a sponsor read into it. pic.twitter.com/3x0MVNEHNY

Bravo to Harlan for thrilling us with his calls of non-football plays with as much intensity as the football plays on a given night.

That tackle by Wagner might have been the highlight of the night for Los Angeles. The 49ers rode a thrilling performance from Deebo Samuel and a Talanoa Hufanga pick-six to a 24-9 victory.