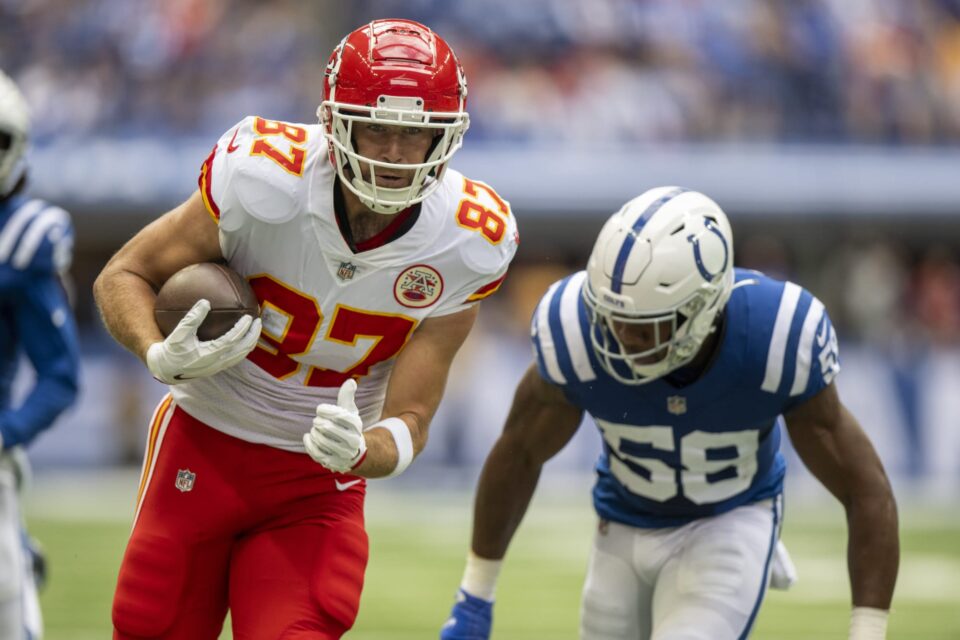 WATCH: The 6 most incredible completions of NFL Week 3, according to Next Gen Stats by Josh Wilson

Referees determined that Kansas City Chiefs tight end Travis Kelce was successful on his two-point conversion attempt. Kelce had the perfect reaction to it.

It is an NFL Sunday, which means that there are bound to be a controversial call or two (or more). That was the chase during one of the top games of the 1:00 p.m. ET slate — the Kansas City Chiefs vs. the Indianapolis Colts.

Just before the end of the first half, the Chiefs took the lead over the Colts on a one-yard touchdown run by Clyde Edwards-Helaire. Kansas City then called for a two-point conversion attempt, in which quarterback Patrick Mahomes connected with tight end Travis Kelce for what was called successful.

But upon replay, it looked as though Kelce was short of the goal line when attempting to run back into the end zone, as his right knee was down. Instead, the ruling on the field was upheld, and the Chiefs took a 14-6 lead.

After the replay, Kelce hit a shrug.

Hey, take the points however you can.

This is not the first time that Kelce has reached the end zone in Indianapolis on Sunday. In the first quarter, with the Chiefs trailing 7-0, Mahomes hit Kelce for a three-yard touchdown reception. However, kicker Matt Amendola missed the extra point attempt.

Hence the two-point conversion attempt just before halftime. Luckily for the Chiefs, the referees believed that Kelce had possession of the ball and cross the plane.

Let’s just say that this play will be one that is going to be looked at extensively, especially if those two points play a role in the final score of the game.