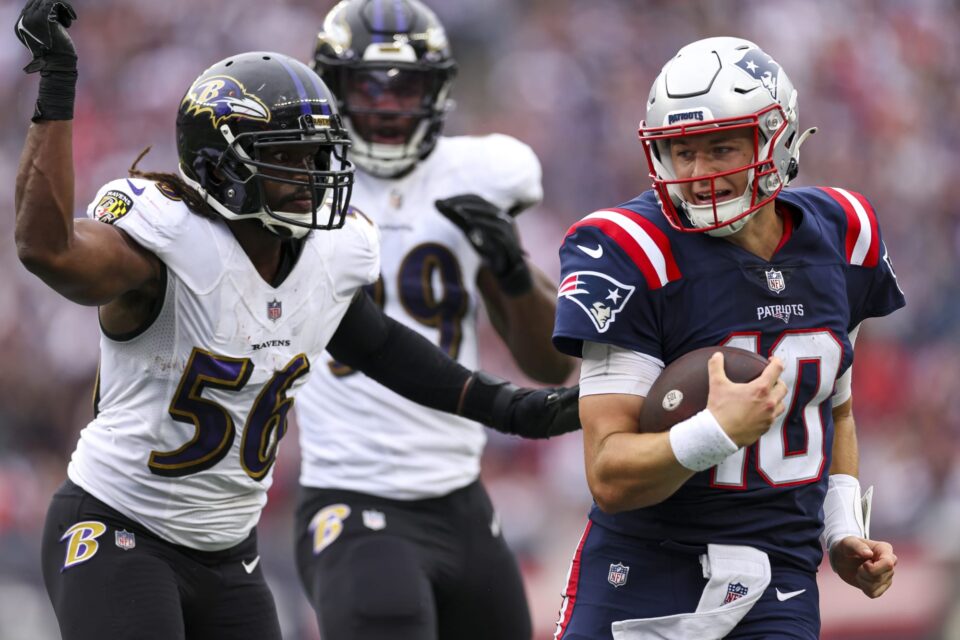 Mac Jones suffered a brutal ankle injury after throwing his third interception against the Baltimore Ravens, and social media had a lot to say.

It has not been a good day for the New England Patriots and Mac Jones against the Baltimore Ravens, but things got much worse.

After throwing his third interception, Jones hobbled off the field with an apparent ankle injury and went straight to the locker room.

Mac Jones throws his 5th INT of the season at the end of this game.

Jones then limped off the field and went straight to the locker room afterwards.pic.twitter.com/xODwfTYvzK

Needless to say, the Twitter world was buzzing, most being Patriot fans very concerned about the health and potential future of their franchise quarterback.

Though Mac Jones had over 300 passing yards in the 37-26 loss to Baltimore, three interceptions doomed the Patriots. Still, the Pats were just sluggish and clearly intimidated by the Ravens.

The question now turns to how hurt Jones is and whether he will be forced to miss some game action. Time will tell the severity and what to expect, but Patriot Nation is still holding its breath.

Best wishes to Jones, and here’s hoping he can come back and play this season if permitting.

Who is the Patriots backup quarterback?

If Jones is forced out for an extended period of time, the Pats backup QB is veteran Brian Hoyer. The Michigan State product has been in the NFL for quite some time, and is no stranger to being called upon due to a starter injury. Bill Belichick trusts Hoyer, and will turn to him if need be.

We’ll have more on this story shortly.