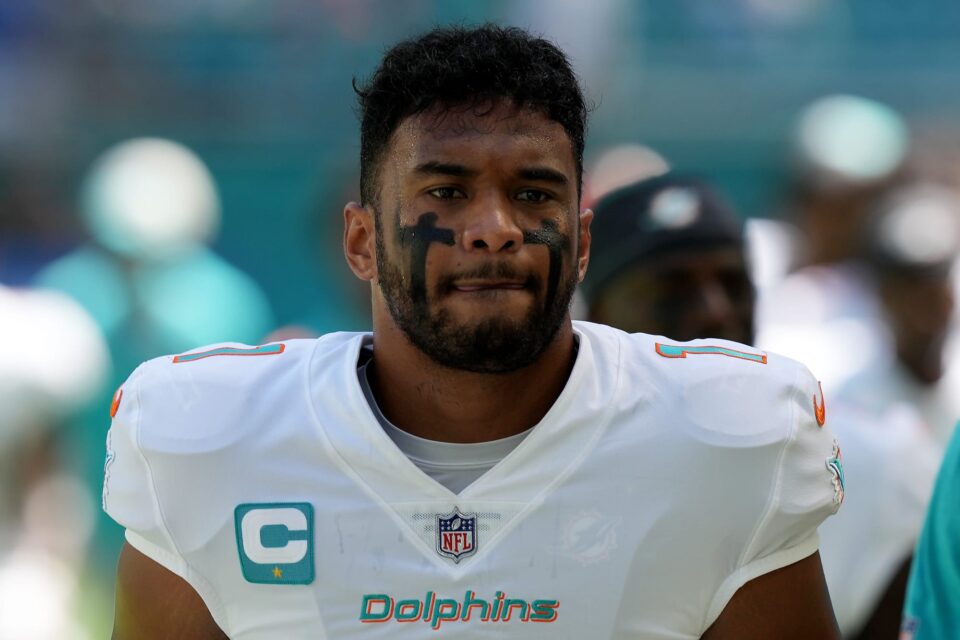 Watch: Quinnen Williams gets in heated confrontation with coach on Jets sideline (Video) by Scott Rogust

Miami Dolphins quarterback Tua Tagovailoa appeared to suffer a concussion against the Buffalo Bills. He was removed from the game.

Tagovailoa had an incredible start to the regular season, throwing six touchdowns in his first two games with a new receiving corps. In a Week 3 matchup with the Bills, Tagovailoa had a chance to show out in arguably the best matchup of the early games.

Tyreek Hill and Jaylen Waddle built up Tua all offseason, specifically targeting how much his deep ball had improved. Unfortunately, that hype came crashing down last in the first half against Buffalo.

What happened to Tua Tagovailoa?

Tagovailoa was replaced by Teddy Bridgewater near the end of the first half, as he was roughed by a Bills defender and appeared to come down awkwardly. While we don’t know the extent of Tua’s injury, any concussion should be taken seriously.

Tagovailoa struggled to walk off the field after taking his hit to the head.

Who is the Dolphins backup quarterback?

With Tagovailoa out, Teddy Bridgewater will be called into action. Bridgewater has plenty of starting experience, both in Minnesota with the Vikings and New Orleans with the Saints under Drew Brees and Sean Payton. He’s a solid backup plan for the Dolphins should Tua be forced to miss any significant time.

We’ll have more on this story momentarily.