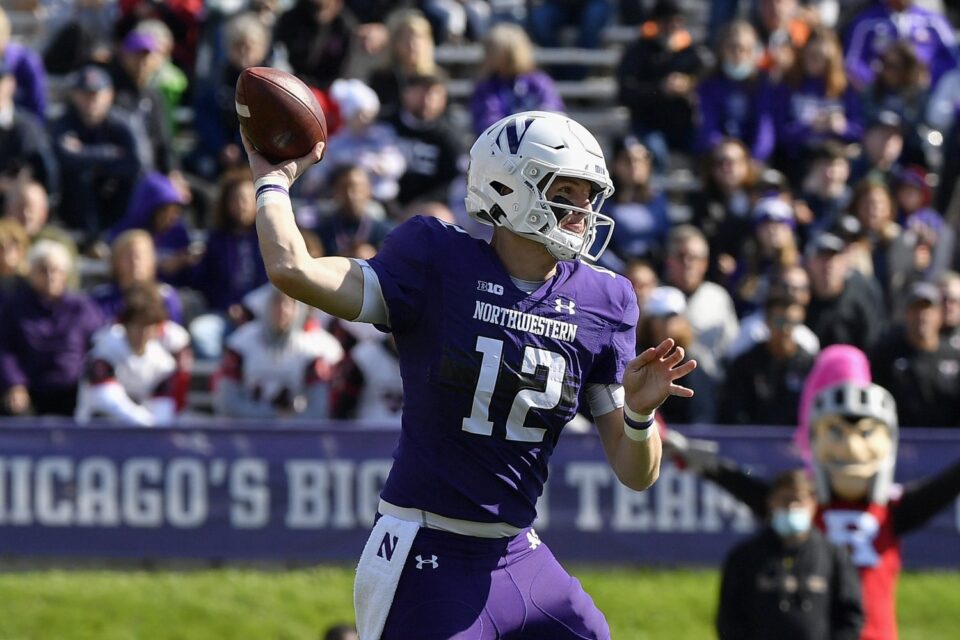 College football exploded back into our fall Saturdays with an exciting slate of Week 0 action. From offensive mastery to defensive dominance, who were the best players in college football from this past week?

For the 2022 college football season, we’ll be awarding players of the week across five categories. It only seems fair that offensive players other than the quarterback position get the recognition they deserve for their contributions. The same can be said for special-teams players who will go overlooked no longer.

Finally, we feel that college football’s true freshmen deserve some accolades for making an instant impact in their debut season. So, who were the deserving recipients of Week 0’s College Football Players of the Week?

Vanderbilt quarterback Mike Wright made a late bid to unseat Ryan Hilinski as our top quarterback from Week 0. Wright put in a commanding performance for the Commodores, throwing for 146 yards and two touchdowns while leading the team in rushing with 163 yards and another two scores. The Vanderbilt QB sprinted almost the entire length of the field on an 87-yard touchdown scamper as his team beat up on Hawaii.

However, Northwestern’s Hilinski gets the nod for his instrumental role in one of the biggest upsets of Week 0. Despite being a 13-point underdog, Hilinski consistently put the Wildcats in a position to succeed, throwing for 314 yards and two touchdowns.

He opened up completing 10 of 11 pass attempts. The former South Carolina QB has been through the wringer somewhat in his career, but on Saturday, he showed true potential to give Northwestern hope that last year’s 3-9 record is an anomaly.

The CFB Offensive Player of the Week was a hotly fought affair after several sensational catch-snagging performances were met with multiple rampant RB displays. Illinois RB Chase Brown earns an honorable mention as he continues to prove he’s one of the top running backs in the nation.

However, it’s hard to ignore Malachi Corley’s impact on a Western Kentucky team that has undergone significant roster shuffling since last fall. Stepping up to replace a ludicrous loss in receiving production, the 5’11”, 210-pound third-year took three of his five receptions for touchdowns against Austin Peay.

Corley impressed with his natural pass-catching skills, after-the-catch threat enabled by impressive athleticism and explosion, and awareness to maximize his opportunities. He should see plenty of targets this fall.

When compiling the best college football players of Week 0, or any week for that matter, it’s easy to get influenced by gaudy stat lines. This is particularly true of edge rushers. We want to believe that the players that rack up a ton of sacks or tackles for loss were the best players out there. After all, there’s nothing more aesthetically pleasing than to see a pass rusher fly around the edge and bury a quarterback or halt a running back.

Byron Vaughns’ stat sheet won’t stand out for box-score scouts. The former Texas linebacker only tallied four tackles during Utah State’s win over UConn. However, the manner in which he was consistently causing pressure deserves recognition.

At 6’4″ and 230 pounds, Vaughns is not the biggest pass rusher. But he explodes into the backfield like a rocket ship heading for Mars, and he’s capable of embarrassing offensive tackles with impressive pass-rush moves. Which is exactly what he did on Saturday evening.

While Hilinski and the RB duo of Evan Hull and Cam Porter were getting the business done for Northwestern’s offense, they might not have had the opportunity if it wasn’t for the punting perfection of former UCLA punter Luke Akers.

The son of former NFL kicker David Akers averaged 40.8 yards per punt in the win over Nebraska, which won’t break any records. However, he downed punts at the 1, 4, 6, and 12-yard lines, creating valuable opportunities for the Northwestern defense to stall what had looked to be a promising Cornhuskers offense.

A 37-yarder that bounced almost on the goal line and span back to the 4 late in the fourth quarter was a key contributory play that helped Northwestern close out an unlikely and unexpected victory.

Javonte Williams. Michael Carter II. Ty Chandler. North Carolina has an impressive recent history where the RB position is concerned. Therefore, it should have been no surprise to see Omarion Hampton put in a sensational performance in his college football debut. The former four-star was an exceptionally productive high school rusher, and he picked right up where he left off.

Hampton has the burst and juice to break open big runs but also demonstrated the ability to put his size to devastating use at the goal line with a bulldozing one-yard score. He’s not currently the RB1 on the UNC depth chart, but it’d be a fool who bets against him emerging as the best back in the North Carolina rushing room.