Scott Frost won’t jump from Nebraska, but knows he could be pushed out the door 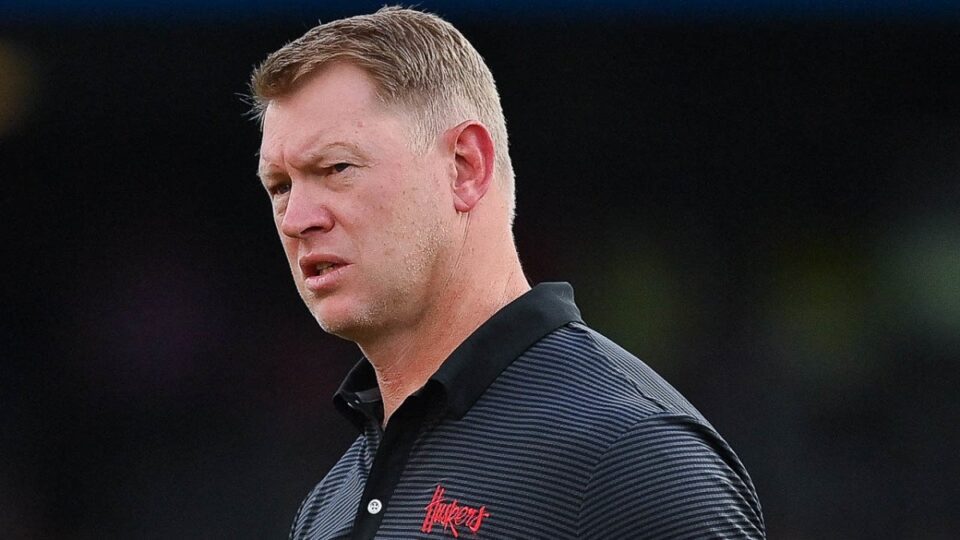 DUBLIN — With his opponent still on the field, Nebraska head coach Scott Frost — with the taste of defeat still fresh on his tongue — entered the Aviva Stadium media room to address the assembled reporters, who were ready to put Frost in an uncomfortable position.

The Cornhuskers had headed to Dublin as a 13-point favorite, signifying a high level of expectation from the program. But by the end of the game, it was apparent that despite the best efforts of QB Casey Thompson, this was the same old Huskers that have failed to deliver in Frost’s hands.

When taken at their face value — words, like statistics — can ultimately be meaningless. To truly understand a person’s mentality in a moment, you have to see that person. Look them in the eye. Study their body language.

Understand that words are easy to speak, but actions are sometimes easier to translate. Such was the case in the immediate aftermath of another mentally crushing defeat for Frost’s team, the seventh in a row.

Sure, Frost said the right things. There was the talk of culture and how the team’s belief in their abilities could help them turn around a corner that consisted mainly of darkness and failure. The Nebraska head coach reiterated several times that he believed they were in a position to win, that the Cornhuskers were the better team.

Yet, the terse nature of how he entered the press conference, sitting cross-armed at times, clearly fidgeting at others, spoke more than his words. This is a man who doesn’t want to answer job security observations and it was apparent through his actions.

But, those questions are right to be asked. No other college football coach could oversee multiple campaigns that fall short of expectations without fear of reprisal. The statistics are damning.

Since returning to his alma mater five years ago, Frost has compiled a miserly 15-30 record. He’s never been able to beat an AP-ranked team. Further, he’s 10-26 against Big Ten teams.

With a look residing somewhere just between defiance and defeat, the Nebraska head coach alluded to his job security early in his media availability.

“You have to win in this business, that’s just the way it is,” he said.

Yet, the truth is that Frost isn’t winning. His decisions as a head coach have negatively impacted Nebraska’s chances of success. You can argue until the cows come home that Mark Whipple — the new Nebraska offensive coordinator — was too aggressive with Thompson while the team was in a comfortable position, negatively impacting their chances of victory.

Yet, the game-changing, defining moment was firmly in the hands of the head coach.

“In hindsight, it didn’t work,” Frost began as he addressed the attempted onside kick that proved to be the game’s turning point, allowing Northwestern to get back into the game. “Any time something doesn’t work, you want it back. I made that call, so that’s on me. At that point, all the momentum was on our side, and if we got it, that would end the game.”

Frost, who clearly understands that college football is a results business, isn’t shying away from reality. He understands he has not helped the Cornhuskers program — the one he routinely professes his love for — take the next step.

As the saying goes, when you love someone, you let them go. But, with clamped arms and a stern face, Frost was steadfast in his refusal to walk away from the team.

“No, absolutely not” was his curt response to a question about if he would consider walking away from the program.

However, the decision might not be his for much longer if the results don’t change soon. The last time Nebraska embarked on such a poor run — from 1957 – 1961 — they fired their head coach before he could ruin a sixth straight season.

The clock is ticking for Frost as the seat underneath him becomes ever hotter. Just don’t expect him to sail off into the sunset without putting up a fight.