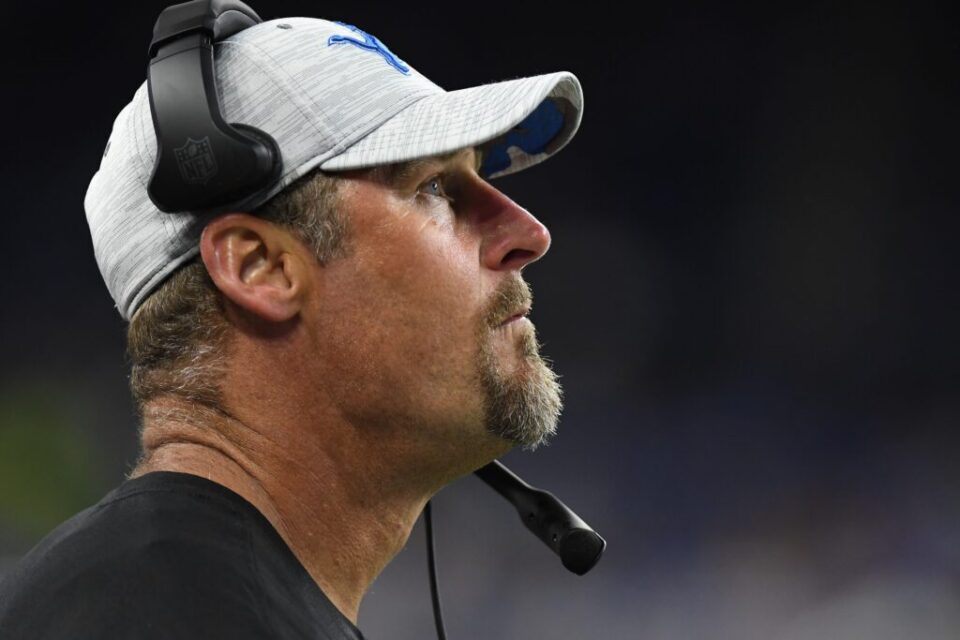 Season 18 of HBO’s Hard Knocks wrapped up on Tuesday night, and the finale featured Detroit Lions head coach Dan Campbell working his way through the team’s final roster cuts. We saw players get released and find new homes, the behind-the-scenes conversations that led to those transactions, and, of course, a visit from Detroit’s own Eminem.

Campbell is a unique specimen among NFL head coaches, so it’s fitting that he controlled roster cuts in his own fashion. The second-year HC and longtime NFL tight end made it clear that’s he aware of how difficult the training camp grind is on players, and he showed that empathy during exit meetings.

“There ain’t nothing else you could do,” Campbell told wide receiver Tom Kennedy, who didn’t make the roster. “You did everything you could f—— do. You put it on tape, and it’s all out there. And you know, we gotta go another way. I hate it. ‘Cause you earned it. You f—— earned it.”

Campbell solicited advice on Detroit’s running back battle from defensive coordinator Aaron Glenn, a sign that Campbell trusts Glenn, a probable future head coach, to evaluate players on either side of the ball — even if he doesn’t follow the DC’s advice.

“This is just me, but I wouldn’t want to lose that player,” Glenn said of running back Godwin Igwebuike, who ultimately ceded the Lions’ No. 3 RB job to Craig Reynolds. Campbell admitted that Reynolds has “athletic deficiencies” that show up on tape from time to time, but Detroit’s staff clearly loves the 26-year Kutztown alum.

Meanwhile, David Blough may have thought he won the Lions’ backup quarterback battle, but free agent signee Nate Sudfeld, who showed up to the team meeting (surprising Campbell) following a red-eye flight, took over as Jared Goff’s No. 2. Detroit wanted to keep Blough on their practice squad, but the signal-caller signed with the division rival Vikings’ PS instead.

“It’s like the worst. Like that’s the absolute worst that could have happened,” Campbell said of Blough landing in Minnesota. “…I think he feels like this is a dead-end street here. Where, there, he may still have a chance to compete as the No. 2 eventually.”

The Lions kept six cornerbacks on their final roster, including rookie seventh-rounder Chase Lucas, who stole the show on Tuesday night.

“Coach, can I ask you again, one thing? I can start in this league?” Lucas asked.

“Yeah, you wouldn’t be here if you couldn’t,” Pleasant replied. “Not yet. Not yet. [But] you definitely very much can.”

Detroit native Eminem was on hand for Lions practice, and players and coaches alike were starstruck. Campbell told Eminem that no one represents the city of Detroit better than him, and Lions lined up for pictures.

Eminem, who toured the Lions facility (“Ain’t this the room where I saw Aidan doing the Billie Jean s—?”), told the Detroit roster that they had a good team, and he also mentioned that he’d been hoping the Lions would be featured on Hard Knocks.

“You know what’s crazy,” Eminem said. “You know when you’re just playing catch with someone in the street or whatever, then you get on a real field, and you f—— throw that b—- as far as you can, and it’s like 10 yards.”