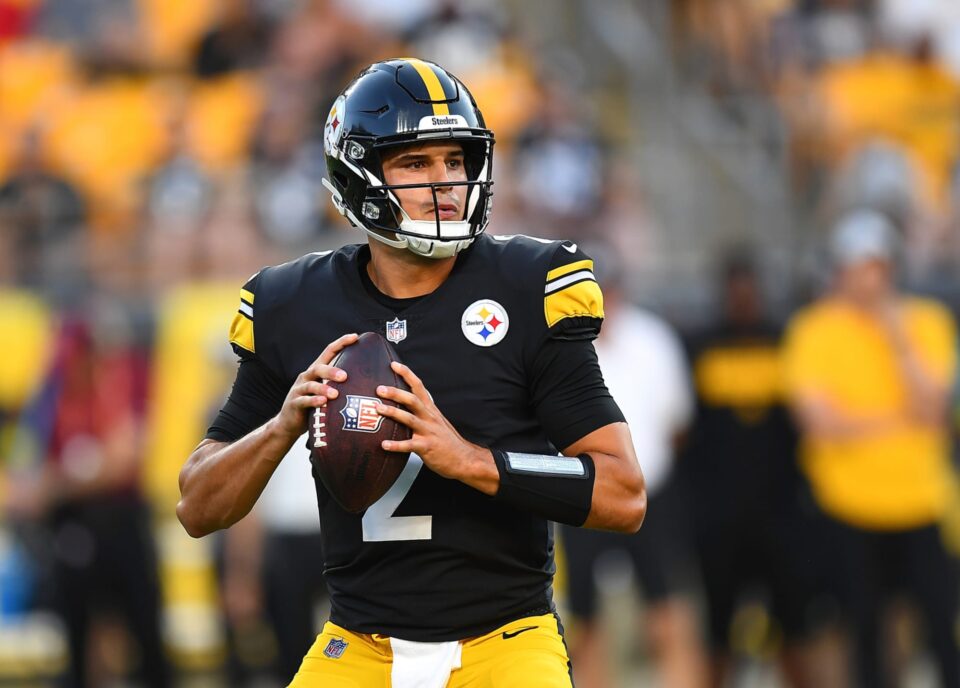 The Moonshot: Pitchers who could outperform the Red Sox bullpen by FanSided Staff

Mason Rudolph is the Steelers second string QB. Or is he? Steelers fans had an intense reaction to the team’s snafu depth chart release this week.

The Pittsburgh Steelers built a lot of anticipation for the announcement of their starting quarterback this week. Kenny Pickett is a hometown favorite, as the rookie played his college career at Pitt. Mitchell Trubisky is the veteran and logical pick, who was given the job to lose heading into the preseason.

And then there’s Mason Rudolph, who was kinda just… there.

Rudolph has been a Steeler for three years already, filling in as needed over the last three seasons as Ben Roethlisberger dealt with occasional injuries as he aged. Rudolph never quite looked like the next great Steelers quarterback and was a stopgap at best, hence why the Steelers brought in Trubisky and Pickett this offseason.

But while everyone expected No. 1 and No. 2 in the depth chart to be some combination of the two new QBs, Trubisky was No. 1 and Rudolph was No. 2.

While Mitch Trubisky is listed as starting QB, interesting note behind him: Mason Rudolph is the primary backup. Kenny Pickett is the third stringer. pic.twitter.com/T4SSEVDbmw

Will the real No. 2 Pittsburg Steelers QB please stand up? It’s not Mason Rudolph.

It turns out, according to Mike Tomlin, Rudolph showing up as the No. 2 QB was a “clerical error.” It should have been Trubisky at No. 1 and Pickett at No. 2.  And as if being called a clerical error wasn’t enough of a roast, Steelers fans took to Twitter to roast Rudolph even further.

Fans had some fun imagining Pickett’s reaction to falling from a possible No. 1 to No. 3:

Maybe Pickett went full-Antonio Brown and got himself moved up?

A pretty funny take on Tomlin pulling the rug out from Rudolph after a celebratory 12 hours:

What a legendary career it’s been:

Carried off without a face mask

Hit with his own helmet

In a fake QB competition

Accidentally put as QB2 on the depth chart

Mason Rudolph is a potential trade candidate this season, so maybe this will be the final chapter of his very strange Steelers career.