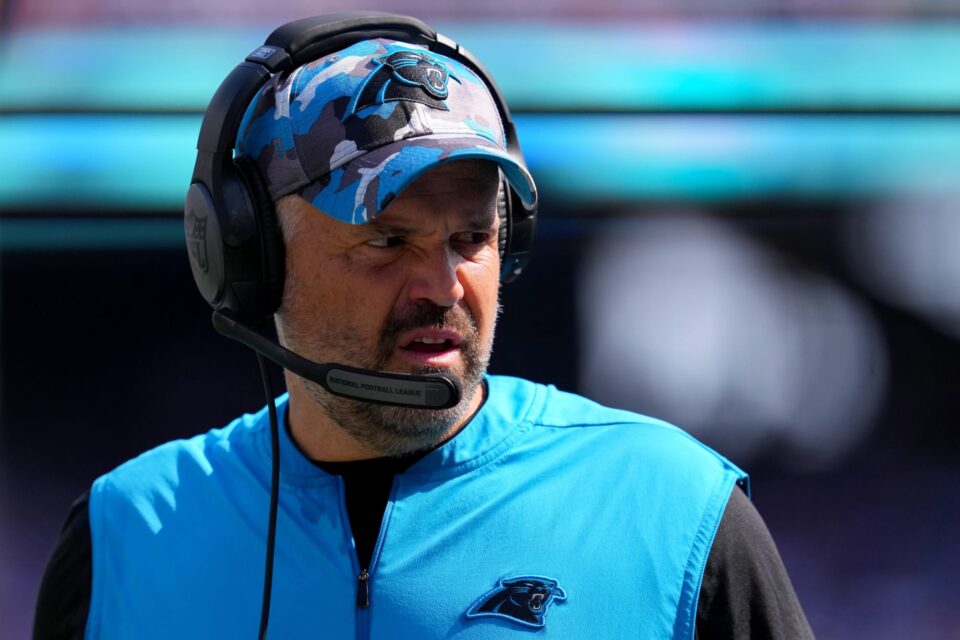 These four coaches, including Matt Rhule of the Carolina Panthers, did not perform well in Week 4, and their job security should be in question.

The 2022 NFL season has entered its fourth week. The Miami Dolphins and Cincinnati Bengals faced off on Thursday night, and all but two teams played throughout Sunday. There has been some separation between the good teams, the middling organizations, and the downright bad rosters.

When it comes to some teams, you can kind of get a sense that even with 13 more games remaining on their schedules, it is going to take a lot to turn things around. So much so, that there may be no hope.

With that, some changes are going to be made. Perhaps the biggest domino to fall for any team is for them to part ways with their head coach. When it comes to which coaches could be most in danger after Week 4, these three candidates stick out.

The coach with the hottest seat entering the 2022 season was Matt Rhule. After turning around the Temple and Baylor football programs, Rhule was getting love from NFL teams. In 2020, the Carolina Panthers essentially made sure that Rhule did not make a scheduled meeting with the New York Giants by signing him to a massive seven-year, $62 million contract. Rhule was touted as being the next great NFL head coach, and the initial feedback was that the Panthers won the lottery with his hiring.

Well, the honeymoon period is over. After two subpar seasons, it was up to Rhule to show that he is the guy to turn things around. The roster is talented on both sides of the line of scrimmage, but they just can not put it all together. It certainly does not help that they have not had a solid answer at quarterback since Rhule arrived.

In Week 4, the Panthers lost 26-16 to the Arizona Cardinals, after they held a 10-3 lead heading into halftime. The team could not get anything going on offense, totaling just 220 yards gained and made just one trip into the red zone. Meanwhile, the Cardinals made it to the red zone five times.

With this latest loss, the Panthers under Rhule are now 1-26 when his opponent scores at least 17 points, and have lost 24 games in a row when that happens, per NFL Network insider Tom Pelissero.

The #Panthers are now 1-26 under Matt Rhule when the opponent scores at least 17 points – including 24 losses in a row.

If the Panthers do not turn things around soon, Rhule could find himself out of Carolina soon. He could be the first head coach let go in the 2022 season.