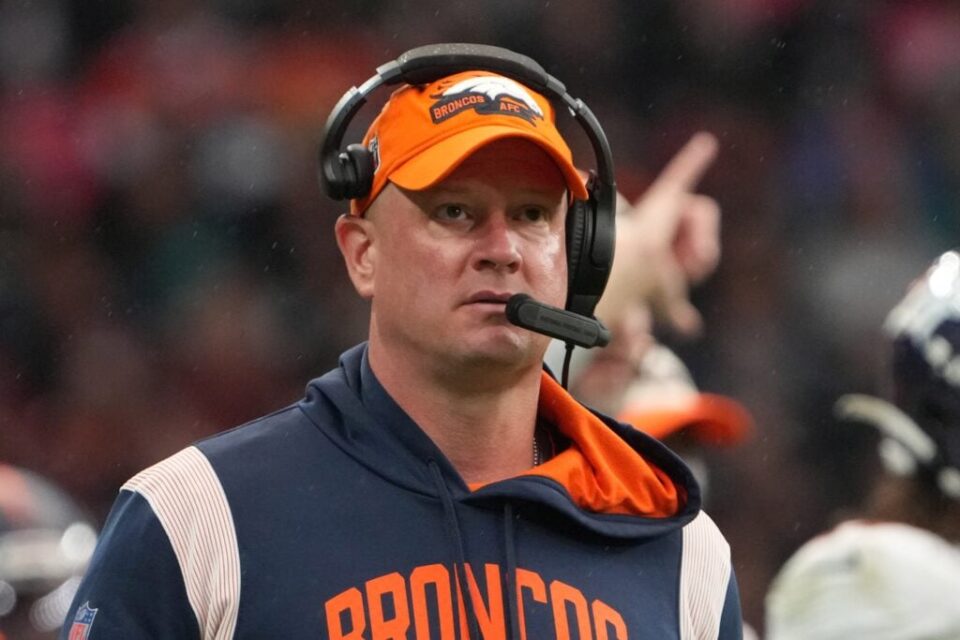 The 2022-23 coaching cycle has officially begun as teams have moved on from flailing head coaches and general managers. With eyes set on the future and hopes that new blood will possibly reignite a flame of success that has been lost, a number of teams have started the interview process for a new head coach. With a few jobs still potentially set to open, let’s take a look at the NFL coaches fired so far.

Note that we will update this article as more head coaches are fired throughout the playoffs and offseason.

The first coach fired this season was Carolina’s Matt Rhule. Even though it didn’t take him very long to rebound and find a new job in the college ranks at Nebraska, he still has the dubious honor of being let go after a 1-4 start. He was with the Panthers for 38 games total and had an 11-27 record. Yes, that is an abysmal .289 winning percentage.

Rhule joined the Panthers on a seven-year, $62 million dollar contract back in 2020. The contract was unprecedented at the time but was necessary to woo the hottest coaching candidate back during the 2020 cycle. Rhule was coming off another impressive season with Baylor and had been interviewed by a number of teams.

Looking back now, the contract definitely hurts Carolina, but they did what they needed to get their guy. While there were a ton of issues with this Panthers team, Rhule definitely did not have it easy. Carolina was in a rebuild when he joined the team, but the biggest issue was the QB position. During his three seasons as head coach, Rhule had five different starters — Teddy Bridgewater, PJ Walker, Sam Darnold, Cam Newton, and Baker Mayfield.

It seems like an impossible task to succeed when the most important position on your roster is in such flux. Although, Steve Wilks stepped in as the Panthers’ interim head coach, and he went 6-6 to close out the season with Darnold at QB.

The Indianapolis Colts are responsible for two of the most shocking moves this season. First, they fired head coach Frank Reich after a 3-5-1 start to the year, even though his overall record was still 40-33-1. Then, they shocked the world by hiring Jeff Saturday as their interim head coach, a former player with zero coaching experience. Saturday went on to go 1-7 to close out the regular season.

Reich had been with the Colts since 2018 and enjoyed decent success during his four-and-a-half years with the franchise. If you look back on his time with the team, it is hard to imagine how he found the success that he did. When he joined Indy, they were coming off the mess that was the Josh McDaniels hire.

Then, a season later, Andrew Luck surprisingly retired. That left Reich with Jacoby Brissett and Brian Hoyer at QB. They were still competitive but finished the season 7-9. He then got a capable QB in Philip Rivers and led this team to the playoffs. Unfortunately, they tried to capture lighting in a bottle two more times by adding another veteran QB in Carson Wentz in 2021 and then again with Matt Ryan this season. Neither worked out very well.

Unfortunately, Nathaniel Hackett was given the honor of being added to the one-and-done head coach list. It is not a great list to be a part of with names like Urban Meyer and Freddie Kitchens on it.

The sad reality is that even though he was fired 15 games into his first season, it still felt like he was the head coach for too long. Hackett was 4-11 as the coach, and this Broncos team disappointed at historic levels. After bringing in Russell Wilson this offseason, the Broncos were expected to not only compete for the playoffs, but some had them pegged as Super Bowl contenders.

The reality, however, was far from the Lombardi Trophy. Denver’s offense was one of the worst in the league for most of the season, and the awful season culminated in a 51-14 loss to the Los Angeles Rams on Christmas Day. It was the final nail in the coffin for Hackett, and he was dismissed the next day.

For the second straight season, the Houston Texans have fired their head coach after just one year. This time, it was Love Smith who replaced David Culley, the team’s 2021 head coach.

It is tough to figure out what grounds the Texans had to fire Smith after only one season. Yes, the team had a terrible overall record of 3-13-1, but Smith clearly inherited a rebuilding roster. The expectation was never that they were going to compete this season.

According to NFL Network’s Ian Rapoport, the Texans moved on from Smith because they felt there wasn’t enough “progress” with the roster after a single year. A bold statement considering the shape of the roster Smith had to work with.

And even though there was a clear lack of talent, the Texans remained competitive in a number of games, even winning their season finale against the Colts 32-31. The victory actually knocked the Texans out of the first overall pick in next year’s draft, a parting gift from Smith to the organization, maybe.

Interestingly enough, it looks like the Texans will keep general manager Nick Caserio, who currently has a 7-26-1 record since taking over. He will now get his third shot at trying to hire a HC.

The Arizona Cardinals have blown it all up and are heading into a full-on rebuild. Kliff Kingsbury is the most recent head coach fired, and he follows general manager Steve Keim, who stepped away earlier this year.

Even though Kingsbury signed a long-term contract extension keeping him in Arizona all the way until 2027, his 28-37-1 record across four seasons was enough for this organization to decide to move on. With QB Kyler Murray set to miss most of next season due to injury, Arizona is now in a position to bring in young talent and try to rebuild what was once an aging roster.

J.J. Watt, who was a stalwart on Arizona’s defense, also made the decision to retire at the end of this season. So we can expect to see a ton of new faces in 2023.