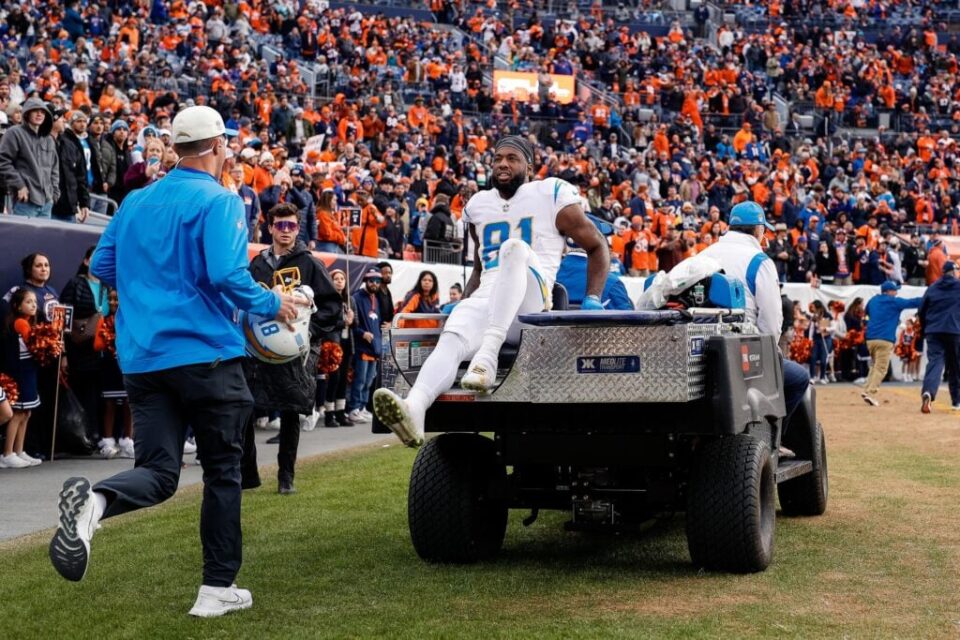 Wild Card Weekend is nearly here, and with it comes the first few injury reports of the playoffs. With four teams playing on Saturday, January 14, we got our first look at some of the players we will need to monitor this week. For the Jaguars vs. Chargers injury report, there were some pretty big names listed for both teams.

Obviously, the big name that stands out on the Jacksonville Jaguars report is quarterback Trevor Lawrence. However, if you have been following the Jaguars’ practice reports over the last month, you would know that this is nothing to worry about. Lawrence has been listed as limited in every practice since sustaining the injury.

The toe issue started when Lawrence was sacked on the final play of the first half in a game against Detroit in Week 12. The hit, which looked worse than it was, had Jaguars fans and the young QB on the edge of their seats. Lawrence said afterward that he was worried he had suffered a season-ending knee injury. luckily, it was just a dislocated big toe.

Lawrence has started every game in two seasons since being the No. 1 overall pick in the 2021 NFL Draft. There is very little chance he is going to miss this one.

However, one other name to note is kicker Riley Patterson. Patterson was pivotal in the team’s win against the Titans last week to secure their playoff spot. He made a pair of field goals and two extra points in the game and would be a key missing piece if he can’t go Saturday. He will be a name to monitor.

*The Chargers conducted a walkthrough Tuesday, so the injury report is an estimation.

I am not sure what to say here. Head coach Brandon Staley seems to have dodged the proverbial bullet. After playing his starters in a meaningless Week 18 game against the Denver Broncos, the Los Angeles Chargers were lucky enough to avoid serious injuries to two important pieces of their defense — Joey Bosa and Kenneth Murray. Both were listed as full participants.

However, they were not so lucky on offense, with WR Mike Williams listed as a DNP on the first injury report. Staley said that Williams is day-to-day with a back contusion. Keep in mind that these are just estimations considering the Chargers didn’t actually practice and instead just completed a walkthrough.

We will need to continue to monitor some of these guys as the week continues. One interesting note is that Los Angeles activated the 21-day practice window for left tackle Rashawn Slater. Slater, who suffered a ruptured biceps tendon in a 38-10 Week 3 loss to the Jaguars, will not play this week but could return if the Chargers advance.