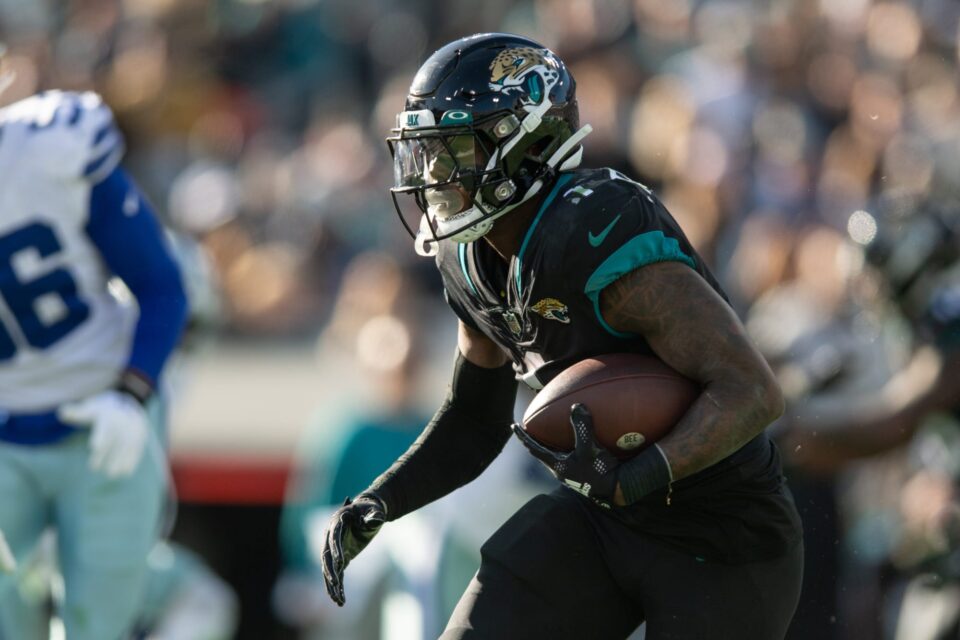 The NFL Playoffs are finally here and we have a loaded slate of games set for Super Wild Card Weekend.

Saturday’s game will feature two games. An NFC West showdown between the Seattle Seahawks and San Francisco 49ers will kick things off at 4:30pm et.

The second game will be a prime time AFC showdown between the Los Angeles Chargers and Jacksonville Jaguars, which will kick-off at 8:15pm et. Justin Herbert and Trevor Lawrence will be making their playoff debut in their young careers.

As we always do, we’re going to give you a few picks to tail for Saturday’s playoff slate.

Before we dive into those, check out this fantastic promo from BetMGM.

New BetMGM users will be given a risk-free bet of up to $1,000 on their first deposit. All you have to do is:

That’s all you need to do to earn a risk-free first bet! With Wild Card Weekend here, it’s the perfect time to take advantage of this promotion.

If you’re looking for a play on the total, our very own Reed Wallach broke down why he likes the UNDER in this betting preview for the game, which you can read here.

Here’s a snippet of the article:

“While the Niners offense has been humming with Purdy under center, I’m still not sold how he will perform in the postseason just yet. He has not been tasked with any adversity just yet, the Seahawks are the only team over .500 that he played as a starter, and they were the only unit to slow him down.

There is plenty of familiarity between these two teams and I think we see points hard to come by. I’ll grab the under that is a bit inflated given the 49ers soft schedule of late.”

The 49ers are likely to lean on their best player, Christian McCaffrey, against the Seahawks. This will be Brock Purdy’s first playoff start, so I expect him to have a big game in the Wild Card round.

He has eclipsed 100 yards on the ground in three of his last five games, so for him to go over 114.5 rushing and receiving yards combined, shouldn’t be too big of an ask.

Peter Dewey wrote in his betting preview, which you can read here, that he’s going to back the red-hot Jaguars. This is a snippet of what he had to say:

“The Jaguars are one of the best teams against the spread as home dogs this season, going 4-0 against the spread, and they’re really playing with house money in this game after a miracle finish to the season to win the AFC South.

Money is already coming in on the Jags, and I think it’s for good reason, as the Chargers may be a little overrated in this game.”

Travis Etienne gets to face-off against the worst run defense in the NFL on Saturday night. The Chargers are allowing 5.4 yards per carry this season and 5.8 yards per carry over their last three games.

With Etienne averaging 5.1 yards per rush on the season, expect him to have a big game and help lead the Jaguars to a win in the Wild Card round.

Game odds refresh periodically and are subject to change.