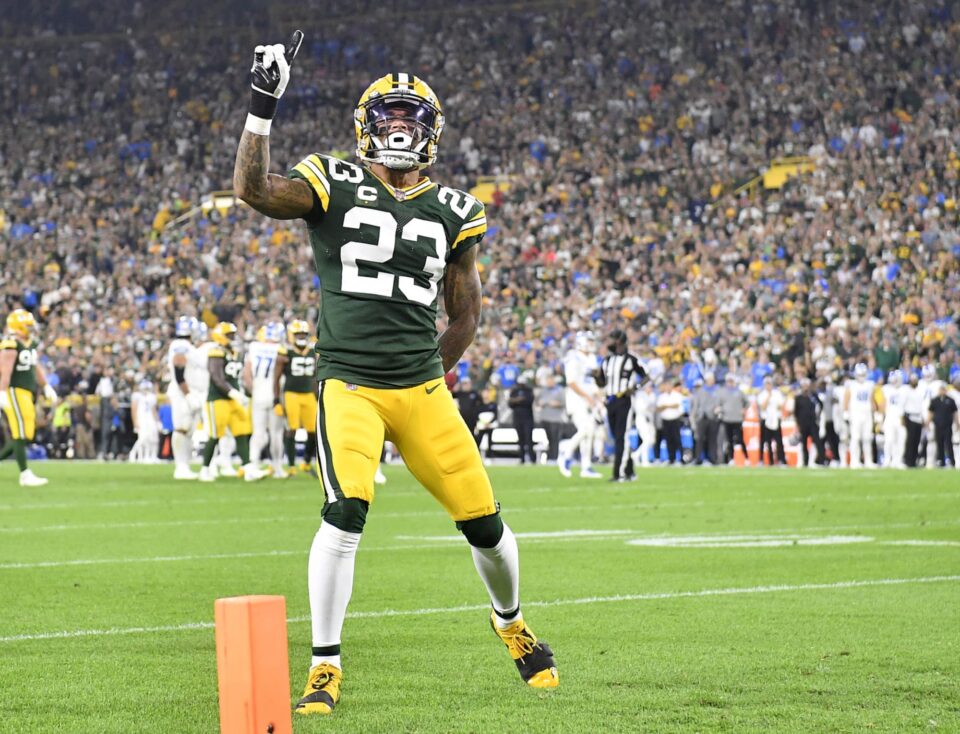 Green Bay plays the Bears on Sunday at Lambeau Field, and will attempt to avoid an 0-2 start for the first time in recent history with Aaron Rodgers behind center. The Packers are favored by nearly 10 points per most sports books, though Chicago’s already pulled off one upset this season.

As for Alexander, he had some fun at the expense of Bears fans. One of the more historic franchises in the NFL, Chicago has seen its ups and downs of late. Jaire is just thankful he’s not one of the thousands of fans slated to root against him on Sunday.

“It’s fun. It’s exciting,” Alexander said, per USA Today’s Ryan Wood. “I always say, ‘Things could be a lot worse. I could be a Bears fan.’”

Alexander has been outspoken to begin the year. The newly-extended Pro Bowl safety is confident in his ability, and felt he should’ve shadowed Justin Jefferson more in the Packers’ Week 1 loss to the Vikings.

Perhaps Green Bay will use that strategy to their advantage this week against Chicago.

As for the Bears, Justin Fields and Co. came away with a gritty Week 1 victory at home against the 49ers. The weather conditions made it tough to move the football from the third quarter-on, as a monsoon flipped the field to the advantage of the defense.