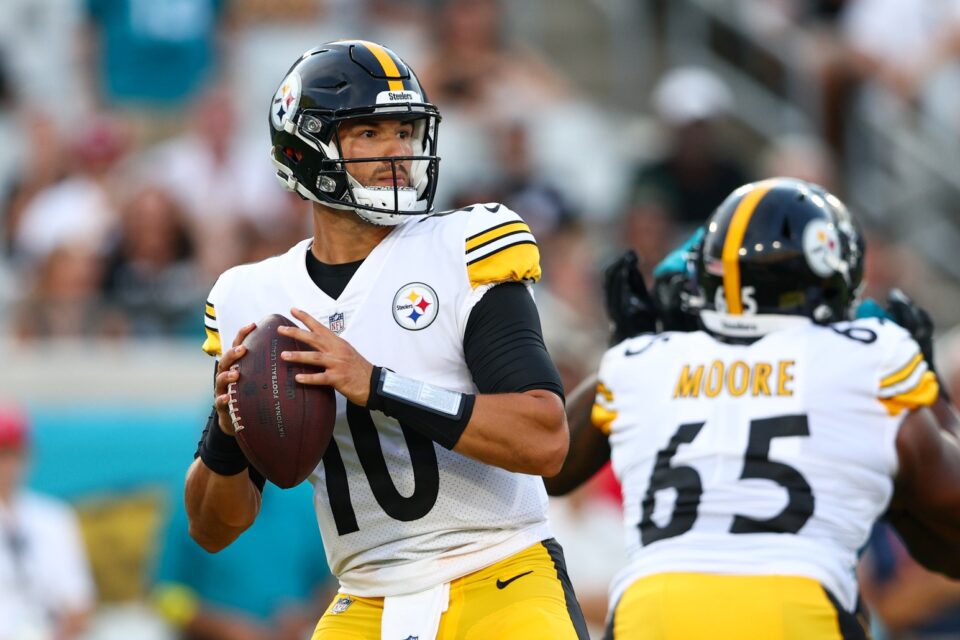 The third and final week of the NFL preseason schedule is underway, and the week comes to an end with two final games on Sunday. Here is how you can watch each matchup, the start times, live stream options, and more.

With two final NFL games today, the preseason comes to a close. The regular season is now only a little over a week away.

The battle of two undefeated (in the preseason) New York teams kicks off the start of the NFL games today. New York Jets head coach Robert Saleh has already announced that he will be treating this game as a dress rehearsal for his team, which means that the starters will get significant time.

One surprise from this game is that the Jets are willing to play their starters, considering the injury Zach Wilson suffered in their first preseason game. Regardless, Joe Flacco will get the start here and will be QB1 for the Jets heading into the season.

The Giants have yet to say who will be playing, but with the QB position still in flux, we can expect to see all three QBs on the field for a certain amount of time. Daniel Jones will likely head into the season as the starter, but he needs to use the preseason to ensure he can extend his leash before the regular season begins. If he struggles, Tyrod Taylor is not far behind looking to take over the QB1 role.

The last game of the preseason and the second NFL game today pits the Hard Knocks-darling Detroit Lions against the Pittsburgh Steelers. The Lions have been the talk of the town this offseason thanks to their incredibly dynamic head coach Dan Campbell and their young, exciting roster.

The Lions will be playing their starters; however, starting QB Jared Goff will not play. This means that Detroit will have David Blough and Tim Boyle under center.

As for Pittsburgh, the Steelers will be playing their starters for at least the start of this game. Head coach Mike Tomlin has said that QB Mitch Trubisky will get the start. The battle for QB1 is still very close between Trubisky, rookie Kenny Pickett, and Mason Rudolph. This game will be the last opportunity for each of the three guys in contention to stake their claim for the starting role.

When does the NFL regular season begin?

The first Sunday of the NFL season concludes with the Dallas Cowboys hosting the Tampa Bay Buccaneers in a repeat of the 2021 NFL season opener. What will this Cowboys’ offense look like without Amari Cooper? Will the Buccaneers struggle after several offensive line injuries plagued their team in training camp?

There are a number of other interesting games on the Week 1 NFL schedule, like the Bengals hosting their division rival Pittsburgh Steelers and the Las Vegas Raiders traveling to face the Los Angeles Chargers. The week comes to an end on Monday night when the Denver Broncos face the Seahawks in Seattle.