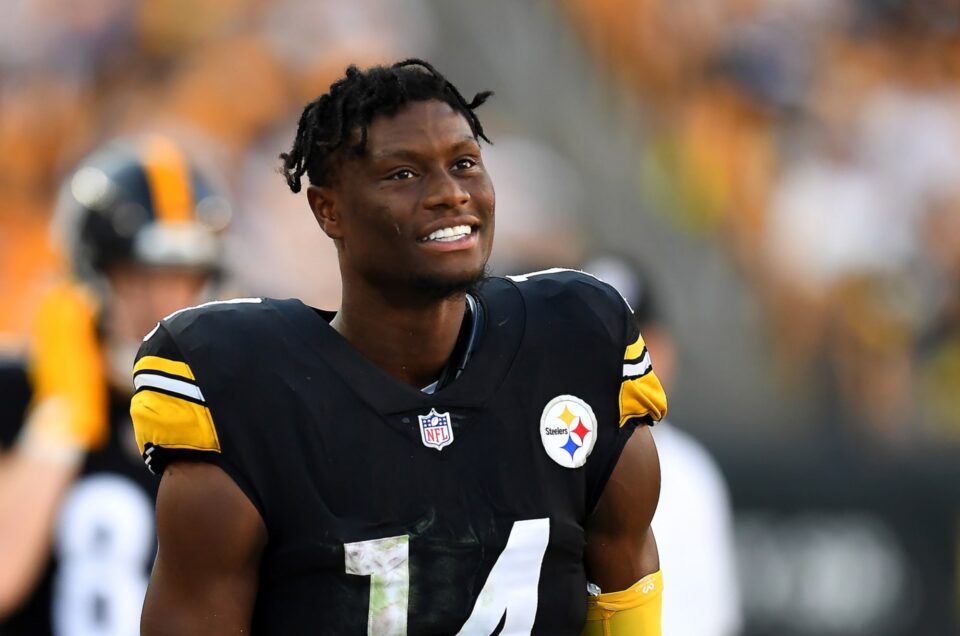 Do the Mets actually have a gripe with being hit by so many pitches? by Scott Rogust

On Sept. 22, 2022, the Pittsburgh Steelers found out why they need to throw the football to rookie wide receiver George Pickens more often.

In the first two weeks of the 2022 season, the Steelers offense did not pick up much yardage or points, for that matter. They only had two touchdown passes through two weeks, and barely attempted to throw the ball deep downfield.

During the Steelers’ Week 3 game against the Cleveland Browns, quarterback Mitchell Trubisky targeted Pickens down the right sideline. Pickens then leaned backwards, reached with one hand, and actually recorded the reception. It was a catch eerily similar to Odell Beckham Jr’s one-handed touchdown reception against the Dallas Cowboys in 2014.

What is truly amazing is that Pickens had Martin Emerson Jr. all over him, and he still managed to break away to make the catch.

This was a huge play for the Steelers. This allowed the team to tie things up 7-7 after running back angrily ran into the end zone for a five-yard touchdown.

Pickens was selected in the second round of this year’s NFL Draft after playing for the Georgia Bulldogs football program. In his three years with Georgia, Pickens caught 90 passes for 1,347 yards and 14 touchdowns.

The rookie showed the team that if they target him downfield, he will make the catch. After this reception, there is no reason for Trubisky not to target him on offense.