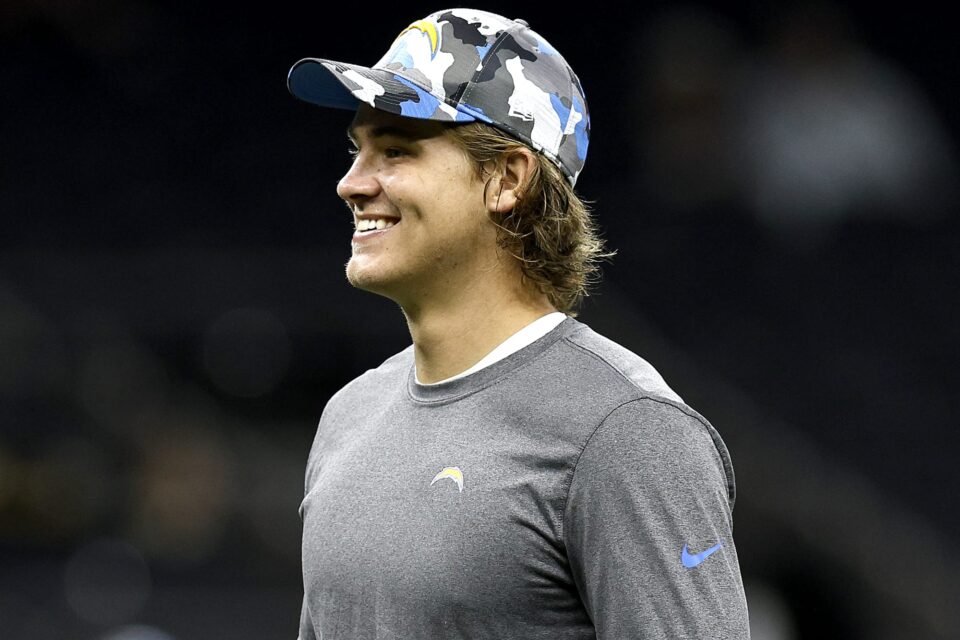 There is some good news regarding Los Angeles Chargers quarterback Justin Herbert, who suffered a rib injury in Week 2.

In Week 2, the Los Angeles Chargers lost 27-24 to the Kansas City Chiefs after blowing a 17-7 lead. But in the game, the story was about Justin Herbert suffering a rib cartilage fracture, and fighting through it. That has left fans wondering if he will be available to play in Week 3 against the Jacksonville Jaguars.

Herbert was a limited participant in practice on Thursday, Sept. 22. NFL Network insider Ian Rapoport noted that this appears to be more of a pain tolerance kind of thing for Herbert, but that it will need to be known how he gets through practice on Friday to see if he will be able to play on Sunday.

Herbert has been a limited participant in practice from Tuesday up until Thursday, per the team’s official injury report.

The injury occurred in the fourth quarter when he was hit by Chiefs defensive lineman Mike Danna when letting off a pass. Herbert was in significant pain afterwards, but walked over tho the sideline. Herbert missed one offensive play, but returned. Herbert grimaced when attempting to throw short yardage passes. But then, he threw an absolute dart of a pass to receiver DeAndre Carter for 35-yards and completed a seven-yard touchdown pass to Joshua Palmer.

This season, Herbert has completed 72.0-percent of his passes for 613 yards, six touchdowns, and one interception.

Chargers fans will have to wait and see how Herbert performs in the team’s remaining practices, but it appears that he is trending in the right direction.