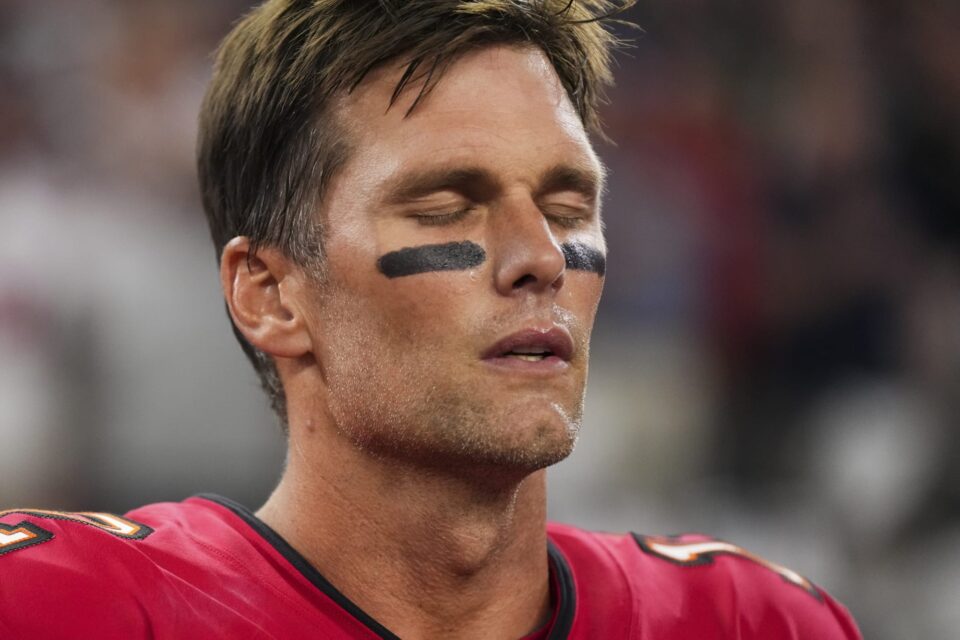 Tom Brady came up about one second — and perhaps one Mike Evans — short of leading a memorable comeback against the Packers.

Evans, for those who don’t remember, was suspended for this game after he got in a fight with Marshon Lattimore of the New Orleans Saints last week.

While Russell Gage filled in admirably in Evans’ absence, a player the caliber of Evans could’ve been useful for a Bucs offense that is struggling enough as is. Brady and Co. could only manage 12 points against a good Packers defense — and those final six came on a hurry-up drive with just a few minutes remaining.

A delay of game penalty on their two-point conversion attempt officially doomed Tampa Bay, and Brady couldn’t find an open man from the seven-yard line.

Neither player was all that impressive, as the game between two all-time greats (for perhaps the final time) was dominated by the defenses.

Still, it didn’t stop NFL fans from trolling Brady, as they usually do, when he lost.

If Tom Brady throws another tablet, it will make sense.

He’s been on the money on nearly every pass but his backup WRs fumbled twice to turn it over, his 3rd string starting LT had a false start and allowed a sack and every time they move the ball, someone makes a mistake.

Poor clock management by @TomBrady just cost the Bucs that game. Maybe if he spent more time at training camp and less time getting plastic surgery the Bucs would be undefeated 🤷‍♂️

Will be interesting tomorrow to see if the Tom Brady Industrial Complex at @ESPNNFL stops the “Tom can overcome anything” insanity and realizes how messed up the Bucs are.

Is Tom Brady washed? I’m not going there yet. He needs to get some teammates healthy. But the delay-of-game penalty at the end summed up the Buccaneers’ struggles on offense. https://t.co/gERu6XkmPV

There were plenty more where that came from.

Brady is arguably the best quarterback of all-time. With that comes high expectations. Despite his age, TB12 receives more hate than any QB in the history of football, which is why despite leading a near-90 yard drive to score with just seconds left in regulation, he can be the target of such commentary after the game.

One mistake changes everything.