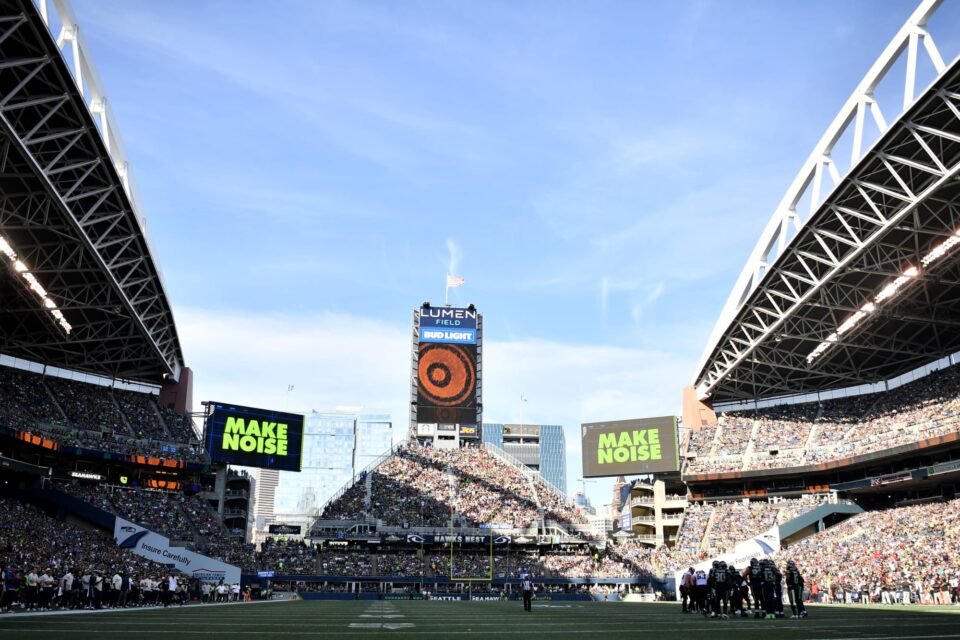 The Seattle Seahawks-Atlanta Falcons game was delayed in the fourth quarter after a drone flew over the field.

The Seattle Seahawks hosted their second home game of the season, as they took on the 0-2 Atlanta Falcons. They were undefeated at home, after they upset the Russell Wilson-led Denver Broncos. But would they have such luck in Week 3?

Late in the fourth quarter, the Seahawks trailed 27-23, but there was a delay with the Falcons holding the ball. A drone flew over Lumen Field, causing all of the players to leave until the situation was resolved.

Seahawks-Falcons game delayed due to drone

Sign that drone to the practice squad. Best defensive player for the Seahawks today.

they never showed the drone but the Seahawks game got delayed for about 5 minutes because of it. same exact situation as last night in the UW game. kinda crazy

Start throwing footballs at the drone. First team to knock it out of the sky gets 8 points. #Seahawks

This is not the first situation involving a drone at a Washington state sporting event this weekend.

On Saturday, the Washington Huskies vs. Stanford Cardinal game was delayed due to a drone flying over at Husky Stadium.

FOX Sports’ Jen Hale said during the Seahawks-Falcons game that that drone that flew over Husky Stadium actually belonged to the Washington athletics department. However, that drone lost connection and “went rogue.”

After the delay came to an end, Falcons quarterback Marcus Mariota fumble the ball, which was recovered by the Seahawks defense. That did not work out in the end for Seattle, as Geno Smith threw an interception to Falcons safety Richie Grant.

Atlanta won the game 27-23 to get their first victory over the season.