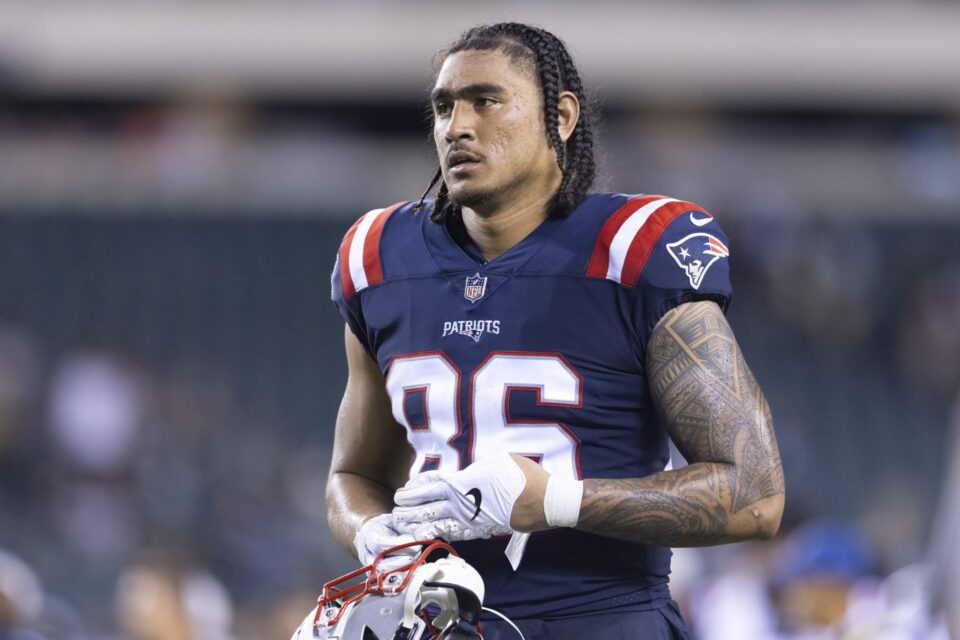 Dave Asiasi wrote, “Thank you for believing in my son and developing his game. Forever indebted to you sir and the Patriots Organization. Alofa atu coach.”

Belichick is considered one of the best coaches in the NFL, so to be chosen by him initially is a big achievement for any player.

Luckily, Asiasi has another opportunity in the NFL.

Former Patriots TE Devin Asiasi was presented with another opportunity

Asiasi was claimed by the Cincinnati Bengals after being let go from the Patriots to add depth to the roster. The Bengals played in the 2022 Super Bowl, so he’ll likely have a lot of success this season.

Bengals head coach Zac Taylor stated about Asiasi, “I’m not gonna pigeon-hole him as a blocking tight end, but he’s a big guy. I’m not gonna guess what his weight is, but it’s up there. He’s one of the bigger tight ends. There’s a presence that he can bring there in the run game and in protections. At the same time, there’s some good stuff as a route runner on tape that lets you know he can do that as well.”

The young player still has potential and hopefully a long NFL career ahead of him.