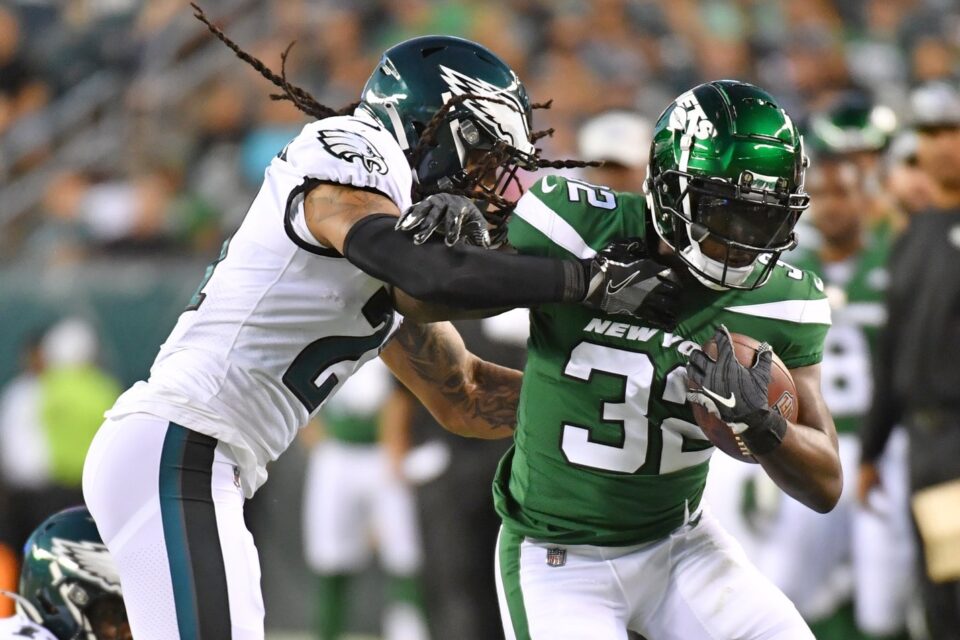 There are few things more rewarding in fantasy football than smashing on a late-round pick. For the purposes of this article, consider a late-round pick any player being drafted after Round 10 in a standard-sized 12-team league.

For me, there’s a clear top 15 at quarterback, and I’m okay starting any one of them. Kirk Cousins is the cheapest of the bunch with an 11th-round ADP.

Cousins averaged 19.2 fantasy points per game in 2021 and 20 ppg in 2020. He’s the quintessential back-end QB1. If you wait a little bit too long on quarterback and miss out on guys like Trey Lance, Dak Prescott, or Matthew Stafford, you can feel good about Cousins as your fallback plan.

How often can you draft a starting running back in the 11th round? I kid…kind of. Michael Carter is going to be the Jets’ starting RB, at least to open the season. Now, to be fair, that doesn’t mean he will out-touch Breece Hall, and I don’t expect that to be the case. But I do expect this to be a relatively even timeshare, at least early on.

Carter is a great first running back off your bench and one of the best late-round picks in fantasy drafts, as he should carry standalone RB3 value all season with RB2 upside in the event of a Hall injury.

It feels like fantasy managers have completely written off Darrell Henderson. Are we that sure Cam Akers is the guy that we’re taking him eight rounds ahead of Henderson? Akers is probably going too early, and Henderson is definitely going too late. This is a guy who was an RB1 for half of the 2021 season.

Sean McVay openly stated he has “two RB1s.” Whether we believe him or not, Henderson has proven to be capable of producing RB1 numbers when operating as the primary back. At worst, he’s one of the highest upside handcuffs in fantasy football. At best, Henderson’s a late-round fantasy football pick who is instantly a weekly RB2/3.

With an ADP barely inside the bounds of a 15-round fantasy football draft, Rachaad White is one of the best late-round picks you can make. White was a prolific pass catcher in college and has between-the-tackles rushing ability as well. He has a three-down skill set and could be an immediate RB2, at worst, if Leonard Fournette goes down.

Mark Ingram is certainly not your typical late-round fantasy football pick. We usually want to shy away from 32-year-old veteran RBs that have clearly lost a step or three. However, Ingram proved last season he still has some gas left in the tank.

Ingram played seven games for the Saints last season. In those games, he averaged 9.7 carries per game and 3.7 targets. If Ingram were to see 10-12 touches a game, he would have standalone RB3 value this season, especially if he’s getting goal-line work. And if preseason usage is any indication, he’ll replace Alvin Kamara at the goal line. Ingram also has RB2 upside in the event of a Kamara injury.

Jakobi Meyers typically goes in the 12th or 13th round. I don’t know if there has ever been an NFL team’s WR1 that has gone this late in fantasy drafts. The theory behind this one is simple: if I can get 100+ targets in the double-digit rounds, I will take it every time.

Tolbert has been running with the ones all throughout training camp. With Amari Cooper in Cleveland and James Washington out as well, Dak Prescott will have no choice but to develop a quick rapport with Tolbert. He’s one of the best late-round picks this season with an ADP in the 14th or 15th round.

I’m trying to avoid punting tight end this season, but sometimes it just happens. When it does, my target immediately shifts to Albert Okwuegbunam. I believe Albert O is a top 12 tight end, but he’s become an afterthought in fantasy drafts.

Rookie third-rounder Greg Dulcich didn’t practice all August and is opening the season on IR. This job belongs to Okwuegbunam. Paired with Russell Wilson, Albert O has 12-ppg upside. He’s the ideal late-round fantasy football pick for fantasy managers who wait on the position.

With less than a week until the 2022 NFL season kicks off, we’ve published updated fantasy football outlooks for 200 players. Search the table below or filter by position and team for detailed fantasy insight so you can win your fantasy football draft! Additionally, don’t forget about our Fantasy Football Draft Kit, which is packed with more information and proprietary research.

Jason Katz is a Fantasy Analyst at Pro Football Network. You can follow him on Twitter: @jasonkatz13 and find more of his work here.