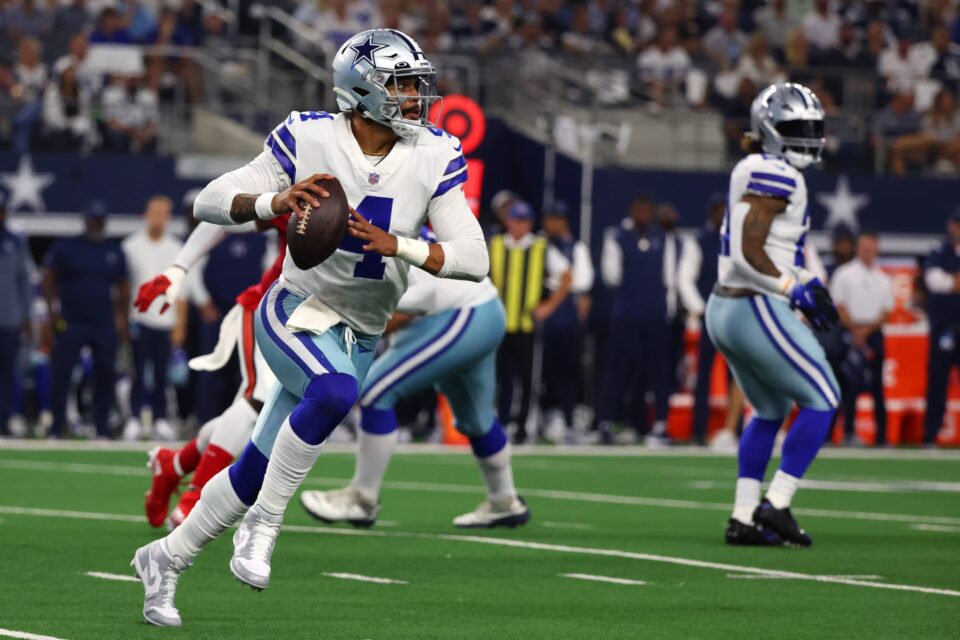 As if the Cowboys night couldn’t get worse, Dak Prescott leaves with injury by Alicia de Artola

Dak Prescott left the Cowboys’ season-opener with a hand injury but classless fans in Dallas threw trash at the quarterback as he ran to the locker room.

On a night at AT&T Stadium when the Dallas Cowboys managed only three points in a 16-point loss with poor offensive play across the board and run defense most akin to broken saloon doors hanging open on one hinge, the ugliest thing that happened somehow still came from the fans.

Late in the slog for Dallas, quarterback Dak Prescott had his hand hit by Buccaneers defensive end Shaq Barrett. He tried to play through it, but soon went to the sidelines to see trainers and then left the game to head to the locker room. He didn’t return.

But as Prescott was running with trainers to the locker room, Cowboys fans in Arlington scraped the bottom of the barrel in terms of behavior as they started throwing trash at the star quarterback.

For a fan base that often makes fun of Philadelphia for the behavior of their fans, this is absolutely despicable. First, there is never an excuse to throw trash at players from the stands. But it’s especially reprehensible when you consider that this is their own quarterback, even if he had an awful game by his standards.

To make matters worse, the injury was not something mild. After the game, Jerry Jones told reporters that the quarterback will miss several weeks with the injury as it will require surgery.

This is an awful day for Cowboys fans and they showed their worst side as it happened.