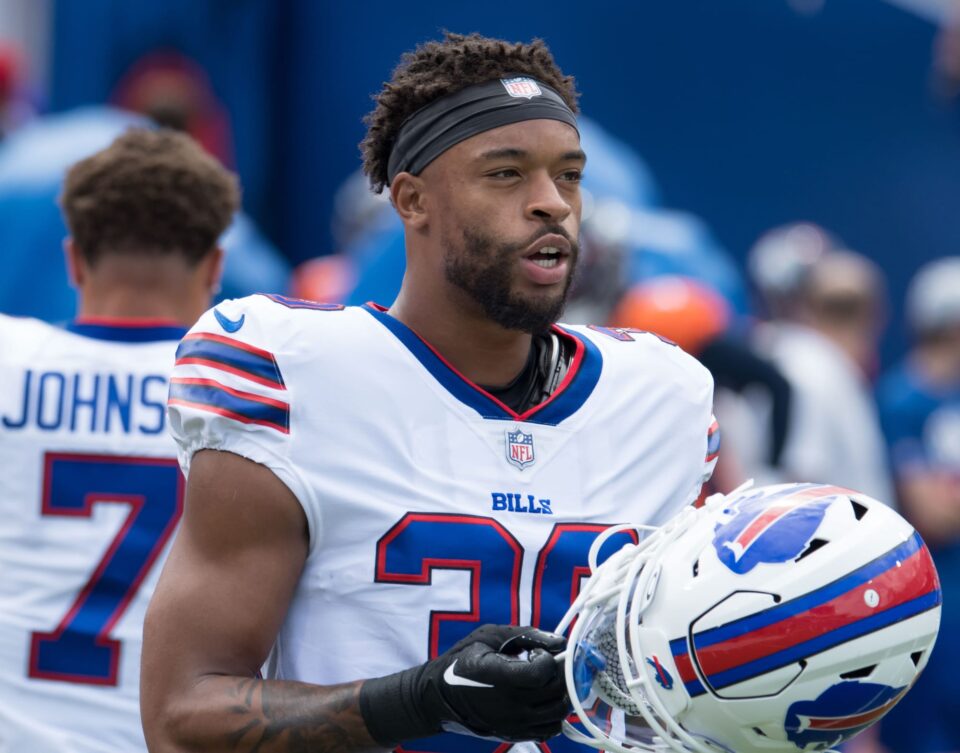 A scary situation took place during Monday Night Football, as Buffalo Bills cornerback Dane Jackson had to be taken off the field in an ambulance.

There was a scary situation that took place during the Buffalo Bills‘ home opener against the Tennessee Titans.

In the second quarter, Bills cornerback Dane Jackson was tackling Titans receiver Treylon Burks, but he was inadvertently hit in the head by teammate Tremaine Edmunds. There was a pause during the game, and an ambulance had to be driven onto the field at Highmark Stadium.

Jackson’s teammates gathered around him, and he was loaded into the ambulance on a backboard and a gurney with his neck immobilized, per NFL Network’s Tom Pelissero.

An ambulance is coming onto the field for #Bills CB Dane Jackson. A scary situation here in Buffalo.

Dane Jackson has been placed on a backboard and gurney with his neck immobilized. Crowd applauding as he is loaded into the ambulance.

Bills public relations tweeted out that Jackson had been taken to the Erie County Medical to be evaluated for a neck injury. He will receive an x-ray and a CT scan. Perhaps the most positive update is that Jackson has feeling in all of his extremities.

CB Dane Jackson has been taken to ECMC for evaluation of a neck injury. He will be getting a CT scan and an x-ray. Jackson has full movement in extremities.

The Bills selected Jackson in the seventh-round of the 2020 NFL Draft out of Pittsburgh. Last season, Jackson played all 17 games, where he recorded 41 combined tackles and six defended passes.

In Week 1 against the Los Angeles Rams, Jackson recorded his second-career interception by picking off a pass from Matthew Stafford.

We will continue to keep you updated on Jackson’s status once more information is revealed.