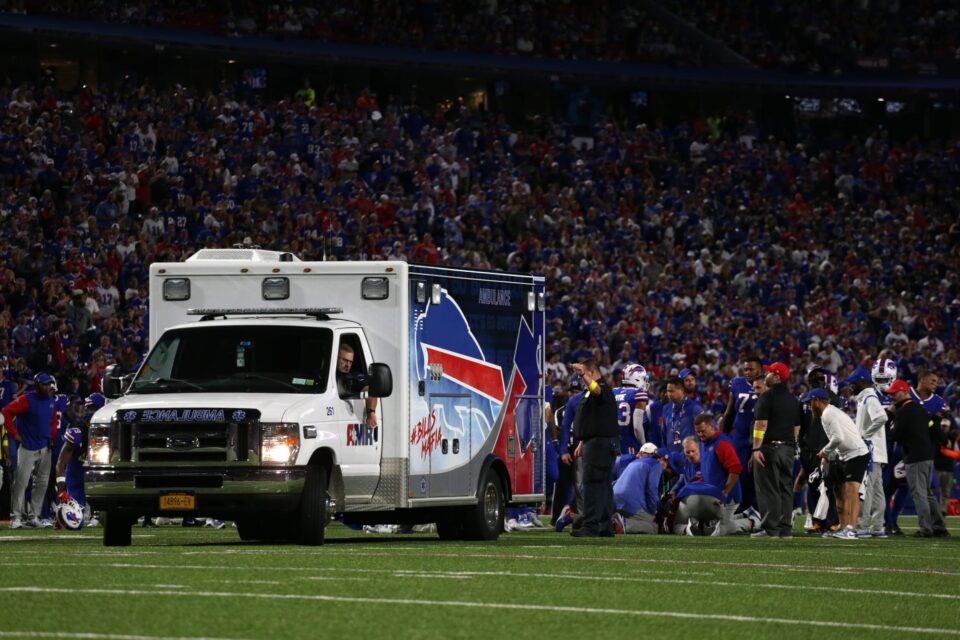 Watch Jesse Ventura hype up Vikings ahead of MNF matchup vs. Eagles by Scott Rogust

There has been an update on Buffalo Bills cornerback Dane Jackson following a brutal hit.

During Monday Night Football, fans watching the Buffalo Bills vs. Tennessee Titans game were witnesses to a scary scene when corner back Dane Jackson was accidentally hit by a teammate.

Jackson’s head appeared to snap back at an awkward angle, and the team was quick to bring an ambulance right onto the field. Jackson was surrounded by his teammates, as he was loaded onto a backboard and gurney while having his neck immobilized.

Now the team has given a brief and somewhat relieving update on his health.

“CB Dane Jackson has been taken to ECMC (Erie County Medical Center) for evaluation of a neck injury. He will be getting a CT scan and an x-ray. Jackson has full movement in extremities,” the Bills tweeted.

CB Dane Jackson has been taken to ECMC for evaluation of a neck injury. He will be getting a CT scan and an x-ray. Jackson has full movement in extremities.

Bills CB Dane Jackson being evaluated for neck injury, has feeling in all extremities

In the second quarter, Jackson was in the process of tackling Titans wide receiver Treylon Burks. His teammate, linebacker Tremaine Edmunds, came in for a follow up tackle, but inadvertently stuck Jackson in the head, causing his neck to bend backwards.

Jackson is in his third season with the Bills as a seventh-round draft pick in 2020. In the team’s season opener against the Los Angeles Rams, Jackson recorded five total tackles and one interception.

This is a developing story and we will continue to keep you updated on Dane Jackson’s status once more information is provided.