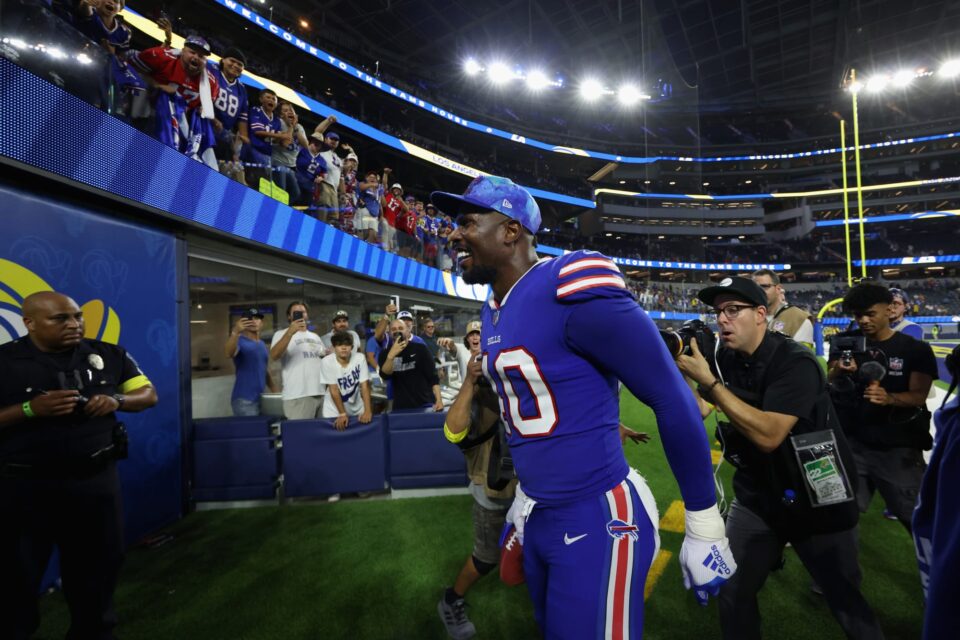 A young fan had a hilarious reaction to meeting Buffalo Bills linebacker Von Miller ahead of the team’s Monday Night Football game against the Tennessee Titans.

The NFL season is underway, which means that fans can watch their favorite teams and players compete on a weekly basis. Whether that it from home, or at the stadium during the game. One of the highlights is seeing the stars greet young fans.

For one Buffalo Bills fans, they absolutely went crazy when getting the chance to meet star linebacker Von Miller ahead of the team’s Week 2 game against the Tennessee Titans. Take a look for yourself in the video below, courtesy of 13WHAM’s Dan Fetes.

The fan was so excited, but not enough to decline the signed gloves by Miller that were for another fan. But, they did get an autographed hat from Miller. Not a bad deal!