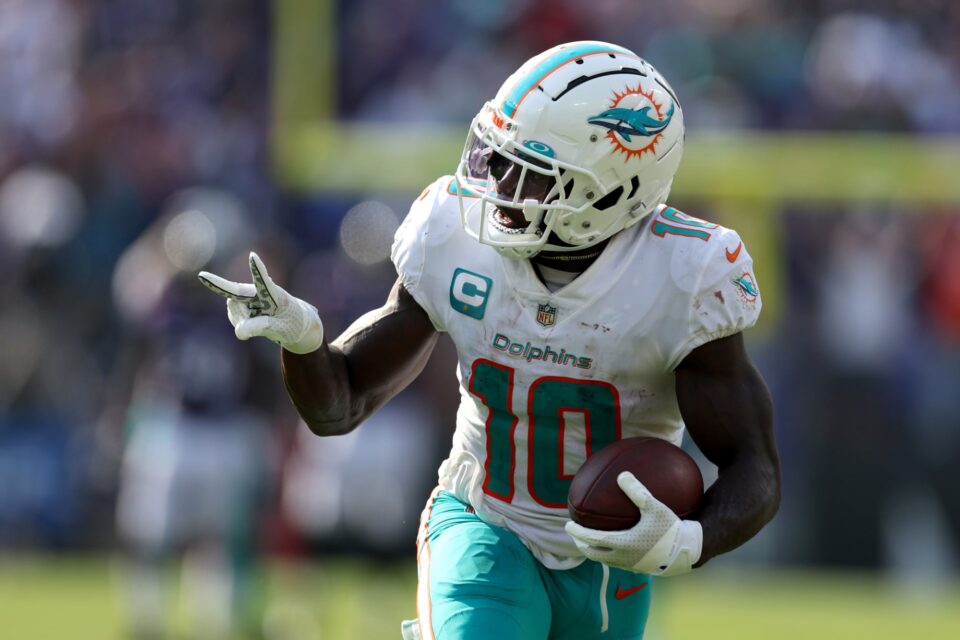 The Miami Dolphins defeated the Buffalo Bills this week to move atop the AFC East. Tyreek Hill already can’t wait to face Eli Apple in Week 4.

While Hill didn’t play a major role in beating the Bills, perhaps it was due to the fact he already had one eye on the real prize — a matchup against the Bengals next week, and Eli Apple.

Apple loves to talk trash, and he often gets dunked on by opposing No. 1 wideouts because of it. Hill is no exception.

On Sunday afternoon, Hill clapped back.

“Looking forward to the challenge. It’s going to be fun,” Hill said. “I can’t wait to go against Eli Apple, man. I owe you boy. I owe you! I’m here. The Cheetah is here.”

In the moment, Hill did not directly respond to Apple, who tried to rope him into a Twitter beef. Instead, Hill requested that Apple “hit my line,” but it’s unclear if any conversation occurred.

The Bengals lost the first two games of the 2022 NFL season in what can only be described as a Super Bowl hangover. However, they may have snapped out of it in a big way thanks to a Week 3 win over the New York Jets.

If Cincinnati can protect Joe Burrow on Sunday night, expect a high-scoring affair between two teams that feature some of the best receivers in the entire NFL. As much as Apple may want to shut Hill down, odds are it could very well be the other way around with these offenses.