3 QBs who look like steals after the Russell Wilson deal 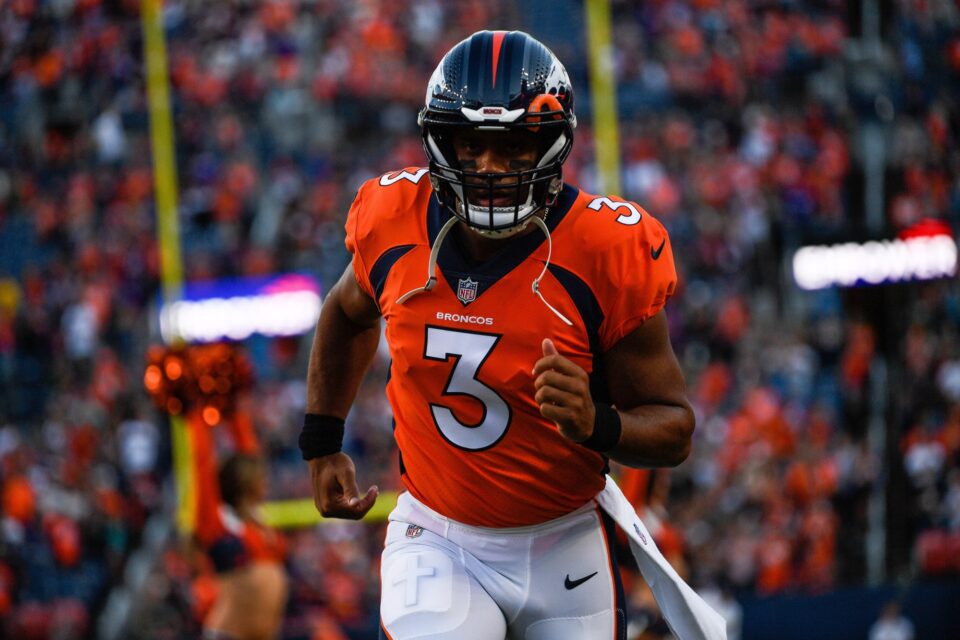 The Denver Broncos extended Russell Wilson to keep him in Denver through 2026. While it is exciting news for Broncos Country, it also makes some other QB deals look like steals.

Denver Broncos quarterback Russell Wilson will be riding in style after his new extension. The five-year deal worth $245 million is the third-highest total price tag attached to any QB in the NFL, and it makes him the second highest paid quarterback per average annual value.

Wilson’s NFL resume is decorated with nine Pro Bowls and a Super Bowl title, but the deal he just agreed to, came without a single snap taken for his new team. An extension that will have financial ramifications on the Broncos’ near future creates some pressure for both Wilson and Denver’s front office.

Every cent of the extension is based on projection, so Russell Wilson — who is playing in his age-33 season — has high expectations to live up to. Moreover, the reputation of the Broncos’ new ownership is on the line with this deal being their first notable action since buying the team.

There is plenty for Broncos Country to look forward to with the high-profile spending that has taken place this offseason. Wilson’s monster extension is included in that, but the impact it will have on the organization’s near future begs the question, “what if it doesn’t pan out?”

Regardless of how the next five years go for the Broncos and Russell Wilson, nearly resetting the quarterback market with an aging veteran makes for some interesting comparisons. Here are three quarterbacks whose contracts look like absolute steals in that context.

Patrick Mahomes’ 10-year $450 million extension in 2020 made him the highest-paid football player in history. His total contractual value remains the greatest in the league today. The Kansas City Chiefs redefined the quarterback market with their behemoth offer to Mahomes, and the Broncos’ new deal with Wilson is just the most recent domino to fall in the pattern of high-dollar contracts that followed. Unfortunately for Denver, their deal with Wilson, and the immediate successes and/or failures they have, will be directly compared to that of the Chiefs as AFC West rivals.

While Wilson’s deal is worth roughly $4 million more per year than Mahomes’, what makes the Mahomes contract look like a steal in comparison is his recent success. The Chiefs were in a position of luxury in the sense that they were able to set the bar for a total value of a generationally talented quarterback in today’s game, and since they’ve offered Patrick Mahomes his deal, they have enjoyed persistent winning.

While Kansas City is currently undergoing its first major reconstruction in the Mahomes era, its expectations for success remain the same. The Broncos have now attached a value to Russell Wilson that will directly affect their spending for the next half-decade — a time in which the organization is hopeful to return to winning.

Considering the difference between the current trajectories of the Chiefs and Broncos, Patrick Mahomes — and the immediate gratification that has come from paying him — costing Kansas City less than Russell Wilson makes the Mahomes contract seem as lucrative as any.