3 NFL quarterbacks who deserve to be benched after Week 3 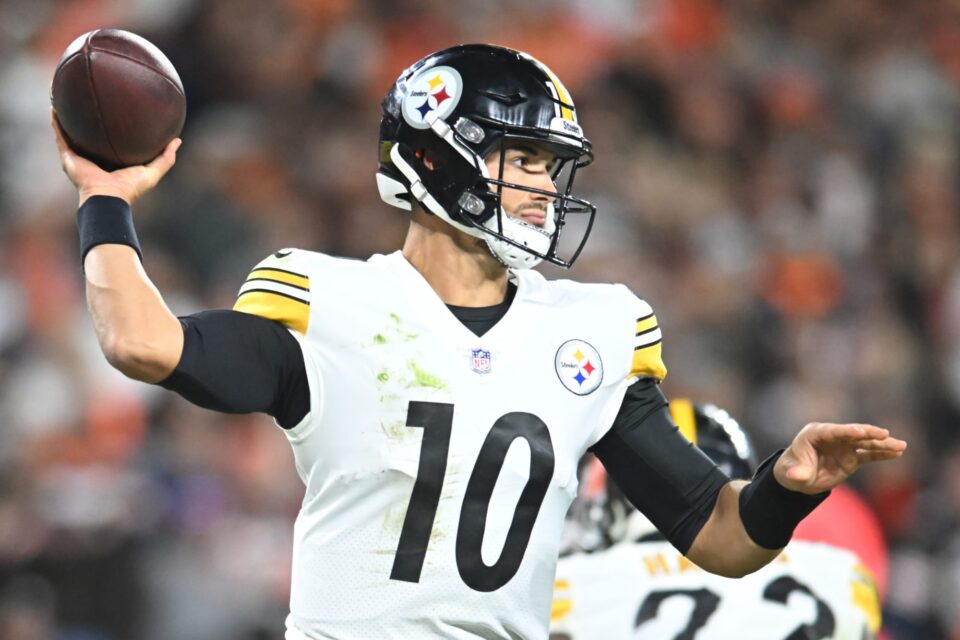 LANDOVER, MARYLAND – SEPTEMBER 25: Quarterback Carson Wentz #11 of the Washington Commanders attempts a pass during the first half at FedExField against the Philadelphia Eagles on September 25, 2022 in Landover, Maryland. (Photo by Scott Taetsch/Getty Images)

The NFL season isn’t even a month old yet and these three quarterbacks are playing like they deserve to be benched going forward.

Nothing can kill an NFL team more than bad quarterback play. The modern era of the NFL has seen it become a passing league and failing to get competent quarterback play can sentence rosters with potential to football purgatory.

Just because a quarterback deserves to be benched doesn’t necessarily mean that his team has a ready-made alternative available to them. Let’s take a look at three quarterbacks whose play cost their teams dearly this week, beginning with Carson Wentz.

3 NFL quarterbacks who deserve to be benched: Carson Wentz

There was plenty of skepticism about Wentz’s ability to lead a franchise after being dumped by both the Philadelphia Eagles and Indianapolis Colts over the past few years. Facing his former team today, Wentz delivered an effort that was simply uninspiring and didn’t give the Washington Commanders much of a chance.

Wentz completed just 25-of-43 passes for 211 yards in Washington’s 24-8 loss, averaging just 4.9 yards per attempt. The Eagles also sacked Wentz nine times, which was at least partially due to him holding the football too long in order to try and extend plays.

While that kind of effort is deserving of a benching, the Commanders don’t have a great backup or young quarterback awaiting a shot. It will be Wentz’s show for the foreseeable future, which could lead to more ugly efforts from the Commanders going forward.