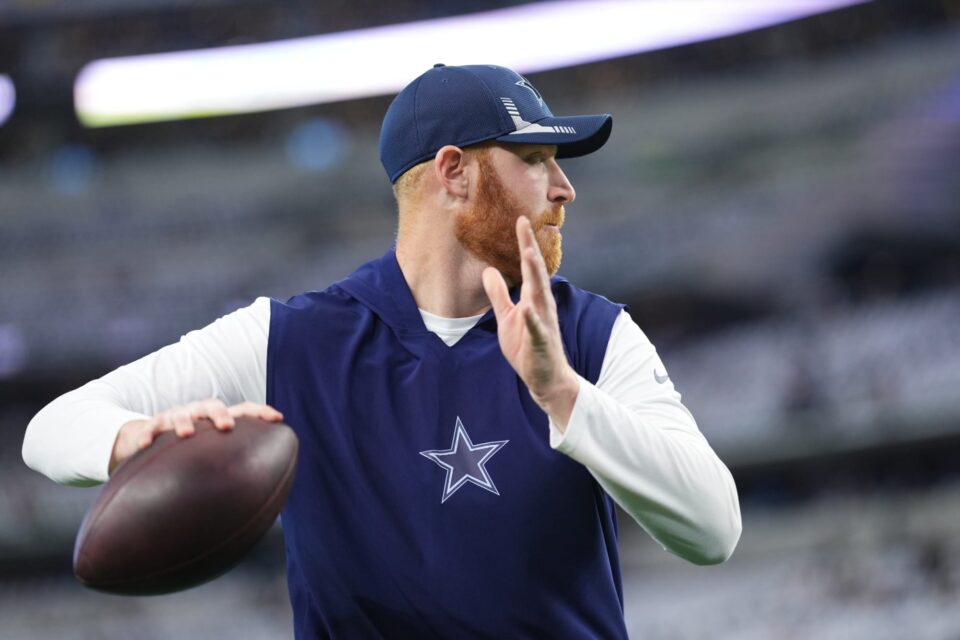 ARLINGTON, TEXAS – NOVEMBER 25: Cooper Rush #10 of the Dallas Cowboys warms up against the Las Vegas Raiders prior to an NFL game at AT&T Stadium on November 25, 2021 in Arlington, Texas. (Photo by Cooper Neill/Getty Images)

The Dallas Cowboys surprised the NFL world with some of their last-minute roster cuts to get their roster down to 53 players on Aug. 30.

Of course, there is a long list of players who didn’t make the cut, including standout cornerback C.J. Goodwin, expected Week 1 kicker Brett Maher, and a slew of other talented players. Sadly, some players, such as undrafted cornerback Isaac Taylor-Stuart, suffered preseason injuries that make them easy cuts on Aug. 30. Taylor-Stuart will require surgery for his ankle injury, which makes his football career more precarious — a stark contrast from the place Tyron Smith holds on the roster for his offensive line capabilities.

Roster cuts are never easy, and neither is the task of predicting all of them correctly. With that being said, here are three of the more surprising cuts the Cowboys made to formulate their 53-man roster.

The biggest headline to come out of Cowboys roster cuts was the fact that the team is only rolling with Dak Prescott this season.

This meant that Cooper Rush, who is not eligible for waivers, is off the team but can’t be claimed by another.

Cowboys released QB Cooper Rush, person familiar with move said. He has accrued at least four years of NFL experience, so he’s not subject to waivers. Rush and Will Grier both off initial 53, but at least one likely returns. Rush threw game-winning TD at Vikings in first start. pic.twitter.com/TgX9Fv5JT1

The expectation is that the Cowboys will call one of their signal-callers back to join the practice squad, as the 53-man lineup is often a matter of finagling players on IR, practice squad and so on. Still, it’s a tough reality for the two players spending their summer preparing behind Prescott in camp.