3 Broncos that must step up after Javonte Williams injury 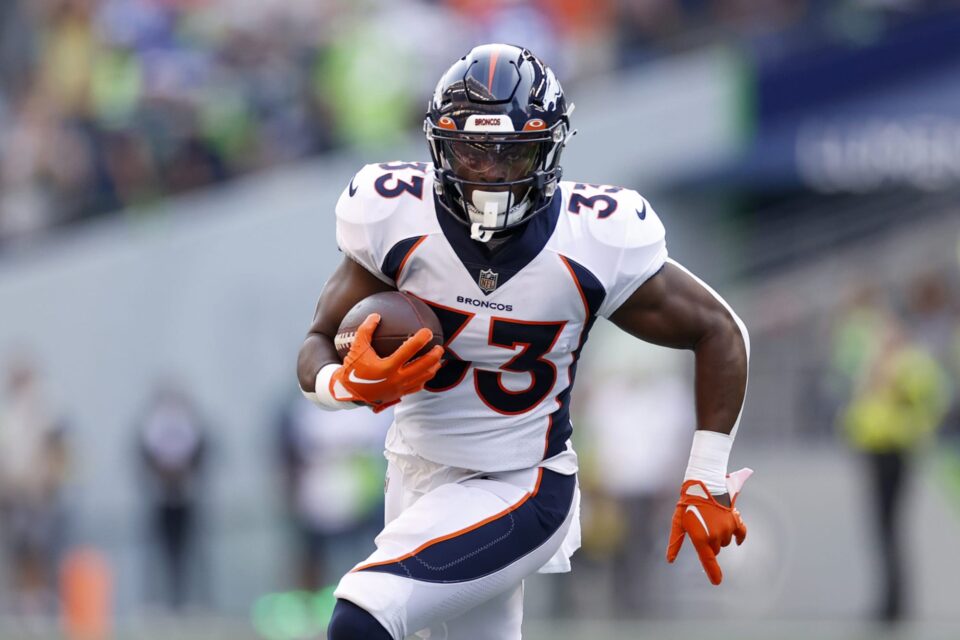 DENVER, COLORADO – SEPTEMBER 18: Russell Wilson #3 of the Denver Broncos hands off the ball to Javonte Williams #33 of the Denver Broncos in the first quarter of the game against the Houston Texans at Empower Field At Mile High on September 18, 2022 in Denver, Colorado. (Photo by Justin Edmonds/Getty Images)

Young Broncos star running back Javonte Williams will miss the rest of the season after tearing his ACL and Denver needs these players to step up now.

Losing to the Raiders to give Las Vegas its first win of the 2022 season and of Josh McDaniels’ stint with the silver and black was not what the Denver Broncos wanted to see happen on Sunday. But now things have gotten worse as it pertains to running back Javonte Williams.

Williams came into the year with a ton of hype around him and led the team in rushing through four games but now they’ll have to move forward without the former UNC Tar Heel. In the loss to the Raiders, Williams suffered a torn ACL and LCL that will end his 2022 season.

Not only does #Broncos RB Javonte Williams have a torn ACL, but the MRI revealed a a torn LCL and posterior lateral corner, sources say. A significant injury and a long road back.

With how the Denver offense has underperformed to this point and with the defense also suffering injuries to the likes of Randy Gregory, it’s time for other players to step up and rise to the occasion in a true gut-check moment. These three Broncos in particular now must step their games up.

This was likely true regardless of Williams’ health, but Russell Wilson needs to be the quarterback that the Broncos gave up a monster haul of draft picks and then paid handsomely to keep around long term, something he has not consistently been since arriving in Denver.

Oddly enough, losing to the Raiders actually produced one of Wilson’s best games since he started riding with Broncos Country. The former Seattle superstar went 17-of-25 for 237 yards and two touchdowns while also rushing for a score as well.

On the whole, though, he’s been a bit disappointing as Wilson has ranked 21st out of 32 qualified quarterbacks in QBR this season (44.5) with only 980 yards passing, four passing touchdowns and one interception and just a 61.1 percent completion rate.

Though there are capable veteran running backs who will take over in the backfield, losing a dynamic and versatile playmaker such as Williams is going to put exponentially more pressure on Wilson to be a superstar-caliber signal-caller. It’s what Denver is paying him to be, so now he has to live up to that billing.