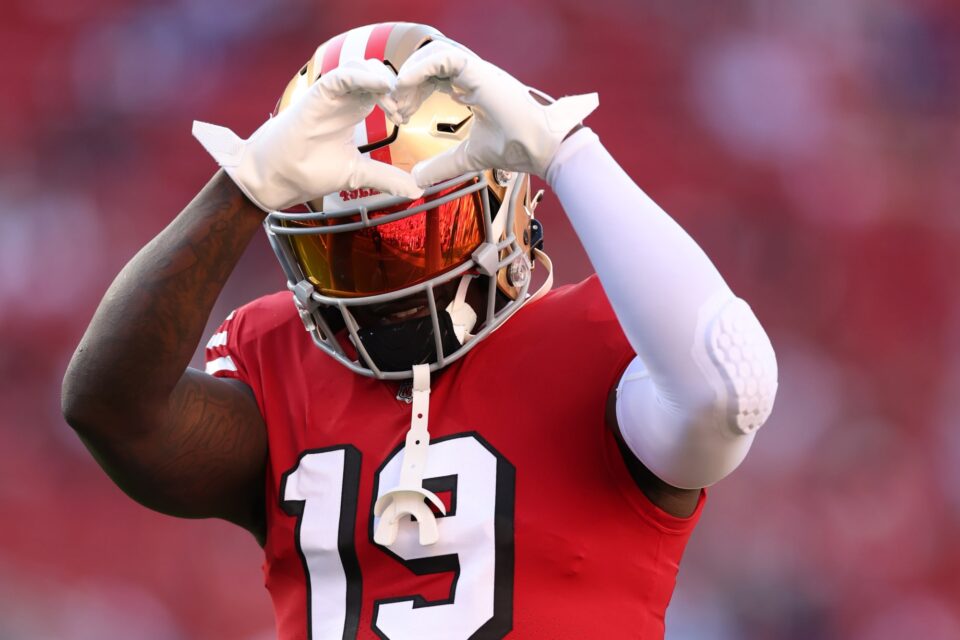 Watch Bobby Wagner murk a fan who charged the field during Rams vs. 49ers by Amy Kaplan

Deebo Samuel put jaws on the floor on Monday Night Football with an incredible touchdown catch. The radio call from 49ers broadcaster Greg Papa was epic.

The San Francisco 49ers hosted the LA Rams in Santa Clara on Monday with hopes of avenging their 2022 NFC title game loss. To do it, they were also going to need a performance from Deebo Samuel.

He did not disappoint.

The dynamic wide receiver made the Rams’ defense look absolutely foolish on a 57-yard touchdown catch in the second quarter.

The highlight was jaw-dropping, from the height he reached to make the initial catch in the first place to the move he put on Jalen Ramsey en route to the endzone.

And it only gets better when you add the radio call to the mix.

If that doesn’t get you pumped up, you don’t have a pulse to begin with. For 49ers that’s enough to give you chills. Even for neutrals it’s worth putting on repeat.

Twitter found even more ways to add to the spectacle.

It was quite a night for Samuel, who showed off a chain worthy of his performance.

You better be an absolute monster if you’re going to wear that kind of bling on the football field. Samuel checks that box and more.

Along with his 57-yard romp, Samuel had five catches for 86 yards through three quarters. He and the 49ers managed to take a 17-9 lead early in the fourth quarter.

Samuel continues to prove that he is one of the most dangerous playmakers in the NFL. The Rams weren’t ready to tackle him and they paid the price on this one.