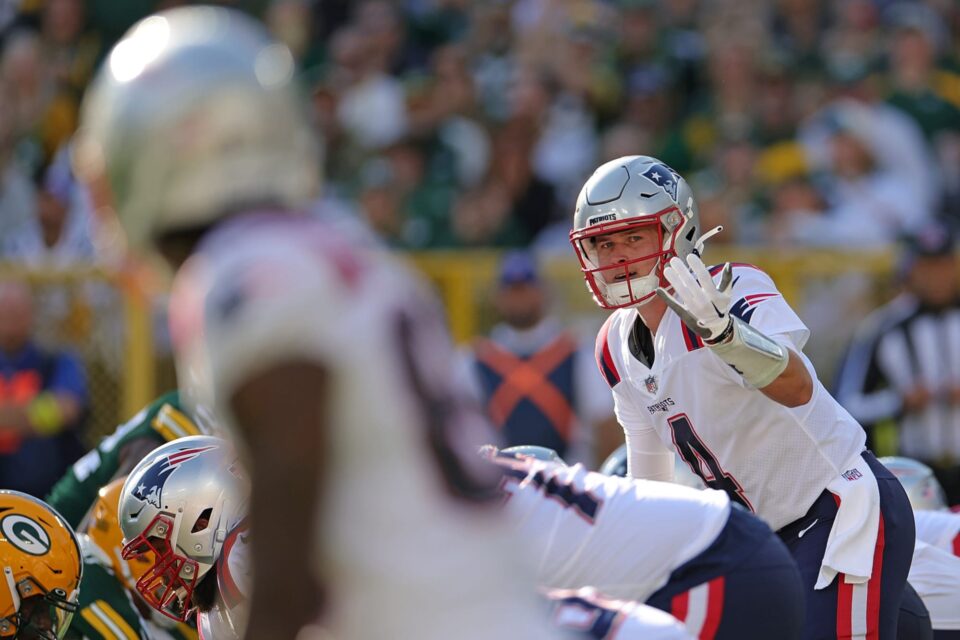 The New England Patriots announced ahead of their week 4 matchup against the Green Bay Packers that incumbent starting quarterback Mac Jones was ruled inactive with an ankle injury he sustained in last week’s contest against the Ravens.

Longtime backup Brian Hoyer was named the starting quarterback in Jones’ absence but his first start since 2020 did not go according to plan, as he exited the game in just the first quarter with a head injury.

After Hoyer’s departure, third-string QB Bailey Zappe was put in to make his NFL debut after being selected in the fourth round of the 2022 NFL Draft earlier this year. To many longtime fans of the Patriots, this moment may have seemed like déjà vu, as a certain legendary QB by the name of Tom Brady’s career started off in a similar fashion after he began the 2000 season as the fourth-string quarterback.

Once Zappe got settled in, many around the Twitterverse began to come to the conclusion that he may just be Mac Jones in a different uniform.

Bailey Zappe and Mac Jones: Bill Belichick may have a type

The resemblance between the 23-year-old Zappe and 24-year-old Jones is uncanny and quite hilarious.

While the Patriots did end up losing the game in overtime to the Packers, there were some encouraging signs out of their rookie quarterback‘s performance that may make a potential long-term loss of Jones easier to swallow for Pats fans. The former Western Kentucky Hilltopper wound up going 10-for-15 in the contest, good for 99 yards and a passing touchdown as well.

Whether Zappe is just Mac Jones’ eerie doppelgänger or a reliable QB1 option in the making in his own right remains to be seen, but for now, we can all share a laugh at how oddly similar they look.