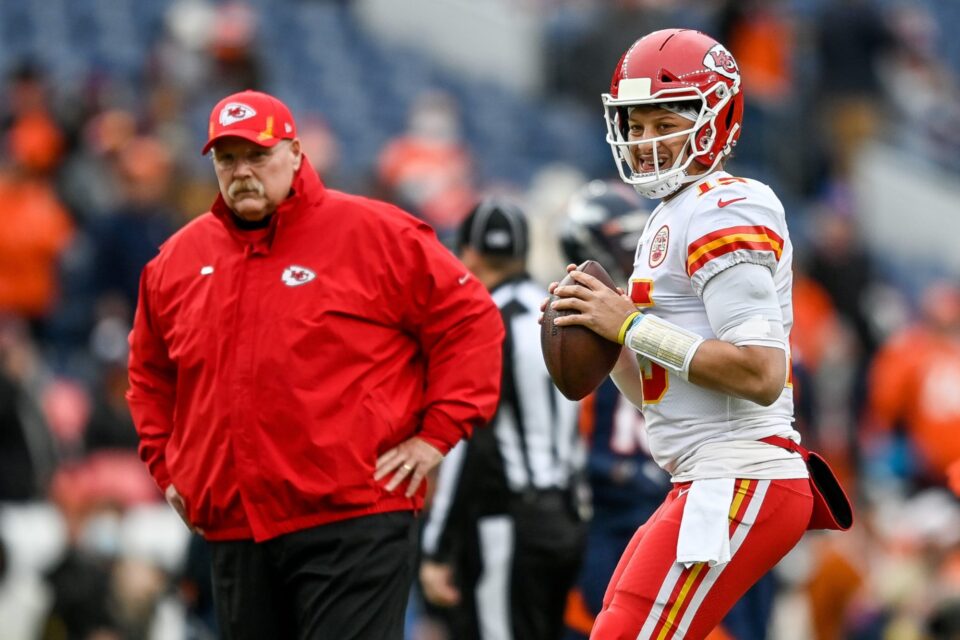 CHICAGO, ILLINOIS – AUGUST 13: Travis Kelce #87 of the Kansas City Chiefs warms up prior to a preseason game against the Chicago Bears at Soldier Field on August 13, 2022 in Chicago, Illinois. (Photo by Michael Reaves/Getty Images)

The reigning AFC West champions figure to be pressed in the division this season. But the Kansas City Chiefs are still capable of some very big things.

The 2022 NFL season is less than two weeks away. And when it comes to looking at each of the eight divisions this offseason, you could certainly make a case for the AFC West being the best of the bunch. Every club made its share of significant moves this year.

But the Kansas City Chiefs have ruled the roost for the past six seasons. Andy Reid’s club owns the league’s current longest playoff streak of seven consecutive years. In order for the team to hold off the Las Vegas Raiders, Los Angeles Chargers and Denver Broncos in 2022, some pretty “bold” things may have to happen.

Travis Kelce has caught at least 80 passes each of the last six seasons and twice reached the century mark. Don’t be shocked if he puts up monster numbers in the team’s somewhat-revamped offense.