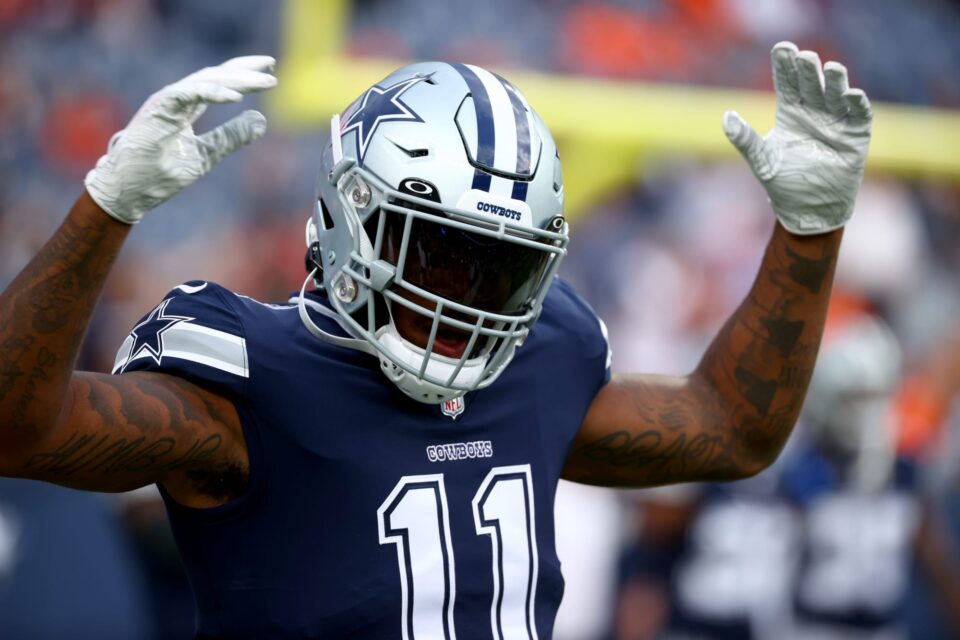 ARLINGTON, TEXAS – JANUARY 16: Dak Prescott #4 of the Dallas Cowboys in action against the San Francisco 49ers during the second half in the NFC Wild Card Playoff game at AT&T Stadium on January 16, 2022 in Arlington, Texas. (Photo by Tom Pennington/Getty Images)

The team won the NFC East in 2021. But the Dallas Cowboys will no longer have a lot of familiar faces on their roster. Will the club return to the playoffs?

Nine games into the season, the Dallas Cowboys owned a 7-2 record and looked as good as any team in the league. Led by coordinator Dan Quinn, the club rebounded from an abysmal defensive showing in 2020. And quarterback Dak Prescott enjoyed a bounce-back year after missing the final 11 games of ’20.

Including a disappointing home playoff loss to the 49ers, Mike McCarthy’s squad was a mediocre 5-4 in its last nine outings. Jerry Jones’ team lost quite a bit of talent during the offseason. So what could we see this season?

This past season, Mike McCarthy’s club ranked first overall in total yards gained per game. Only the Tampa Bay Buccaneers gained more yards through the air. Dallas featured the ninth-best rushing attack in the league in terms of yards gained. And the Cowboys racked up an NFL-high 530 points.

But this will be a different year for the team, especially on the offensive side of the ball. McCarthy’s squad will be down left tackle Tyron Smith indefinitely with a knee injury. Left guard Connor Williams and wide receiver Cedrick Wilson signed with the Miami Dolphins. Right tackle La’el Collins was released and joined the Bengals. And wideout Amari Cooper was traded to the Cleveland Browns.

A year ago, the Cowboys’ offense pierced the end zone 55 times. But the defense and special teams added nine touchdowns. Hard to imagine the latter happening again. And the Dallas’ attack may struggle to find itself with the numerous changes.