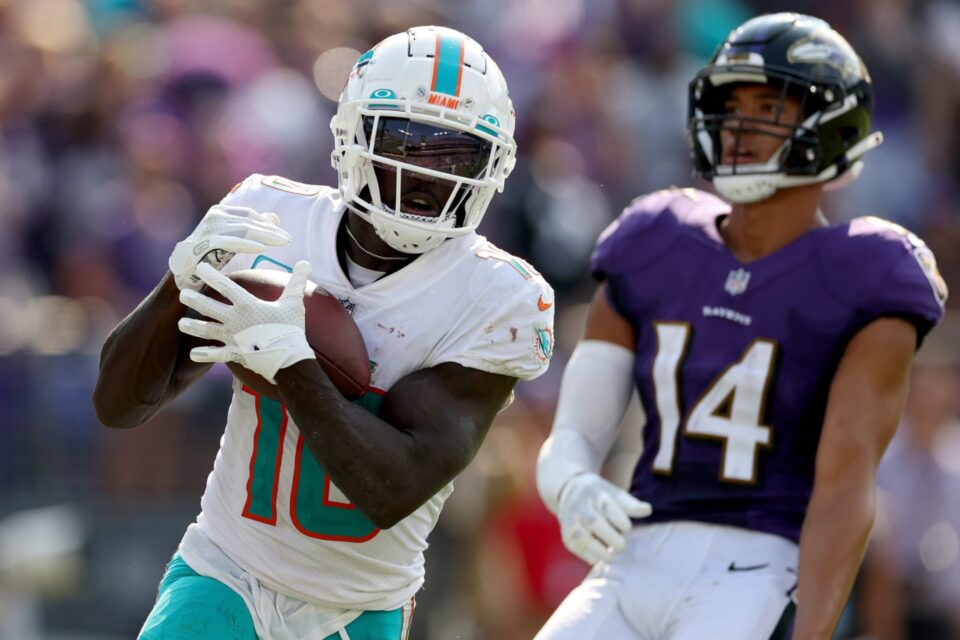 After two weeks of play, there are a pair of 2021 division champions still looking for their first victory of the season.

A week ago, no team in the AFC South could manage a victory. On Sunday, every team in the AFC North took it on the chin. The surprises continued throughout the league. And there were memorable comebacks in Baltimore and at Las Vegas. Welcome to the second edition of the 2022 NFL Power Rankings.

Arthur Smith’s club couldn’t close the deal last week at home vs. the Saints. This week, the Falcons headed to the west coast to take on the defending Super Bowl champion Rams. Atlanta trailed 21-3 after two quarters and were down by 25 points early in the third quarter.

Still, Smith’s team was down 31-25 with less than five minutes to play and looked to complete the comeback. But Marcus Mariota was picked off by Jalen Ramsey in the end zone.

The Matt Ryan Era in Indianapolis began with an overtime tie at Houston last week. Now the Colts were on the road for a second straight week and looking to beat the Jaguars on the road for the first time since 2014.

But it was an incredibly long afternoon for Frank Reich’s club as Ryan threw three interceptions and the Colts’ offense gained only 218 total yards. And 2021 NFL rushing leader Jonathan Taylor was held to only 54 yards on just nine carries.

The Panthers staged quite the second-half comeback vs. the Browns last week but still came up short. They headed north to face the Giants and looked to put an end to an eight-game losing streak that dated back to a season ago.

Christian McCaffrey ran for 102 yards and caught four passes for 26 yards. Despite two early turnovers, Carolina would own a 13-6 third-quarter advantage. But the Panthers were a miserable 2-of-12 on third-down conversions.

Last Sunday at Los Angeles, the Raiders’ offense had its issues with a revamped Chargers’ defense. Now the club was home to take on the Arizona Cardinals, who gave up 44 points at home to the Chiefs last Sunday.

Josh McDaniels’ team made it look easy in the first half in building a 20-0 lead. But the Las Vegas’ defense couldn’t chase down Kyler Murray when it counted most. And a Hunter Renfrow fumble in overtime spelled doom.