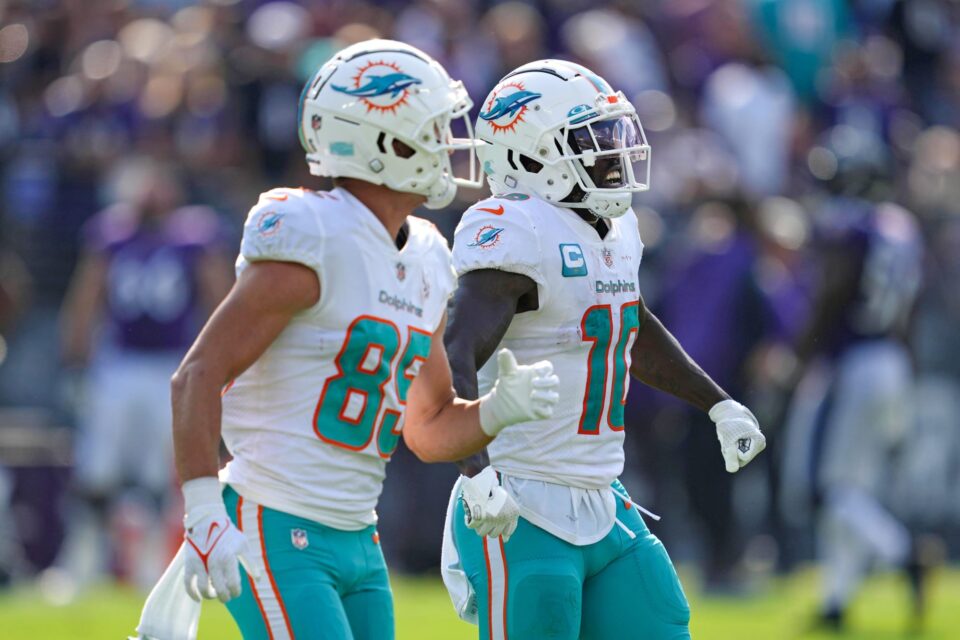 The Week 3 NFL power rankings are here, and the Indianapolis Colts are in a hideous slide, while the Miami Dolphins showed their mettle.

The Falcons have remained true to themselves. Crazy games, crushing losses.

The Texans are playing hard, they just don’t have enough talent to beat many teams.

Remember the wild win against the Broncos on Monday night in Week 1? Savor that feeling.

The Bears aren’t going to crack 20 points more than a few times this year.

Take the win, get on the plane, and celebrate. Insanity.

Baker Mayfield has been awful for seven of the season’s first eight quarters. Not good.

That’s one of the most ridiculous losses in recent memory.

What the hell is wrong with the Colts? Hideous football.

Mac Jones wasn’t great, but the Patriots’ defense stepped up and stopped the Steelers.

The Jaguars hammered the Colts. Perhaps they can compete in the weak AFC South?

Carson Wentz is the biggest rollercoaster on Earth. Belongs in an amusement park.

The Steelers need to score, but they don’t have a quarterback or an offensive line.

The Raiders might not recover from that loss to Arizona. Just a comical train wreck.

Between the injuries and the talent gap, the Titans had no shot against the Bills.

The Lions can score. If the defense improves behind rookie phenom Aidan Hutchinson, look out.

Cooper Rush beating Joe Burrow and the Bengals? Nope. All about the defense.

New York isn’t overwhelming with talent, but the Giants are playing hard and executing enough.

If the Cardinals have a productive season, they’ll look back at the second half in Las Vegas as the turning point.

The Broncos are 1-1, but Nathaniel Hackett is deeply concerning. Russell Wilson hasn’t been great, either.

Joe Burrow has started the year being sacked 13 times in losses to Mitchell Trubisky and Cooper Rush. Yikes.

Not going to knock the Vikings for losing in Philadelphia, but that was an ugly showing.

A key win over the Seahawks, but it’s muted with the injury to Trey Lance.

If there’s ever a springboard for Tua Tagovailoa, this was it. What a performance.

The Chargers could have blown out the Chiefs early. But they didn’t, proceeded to lose, and now Justin Herbert is hurt.

The Rams need to figure it out. Hammered by the Bills, and barely beating the Falcons.

Easy win, and the Packers are back on track. Now, off to play the Buccaneers.

Dominant showing. The Eagles, and Jalen Hurts, are clearly a threat in the NFC.

The defense has given up six points save for garbage time. The offense, however, is a concern.

The Chiefs didn’t play great on Thursday, but they made all the plays the Chargers didn’t. Defense looks good.

Buffalo is the best team in football. Just a machine.