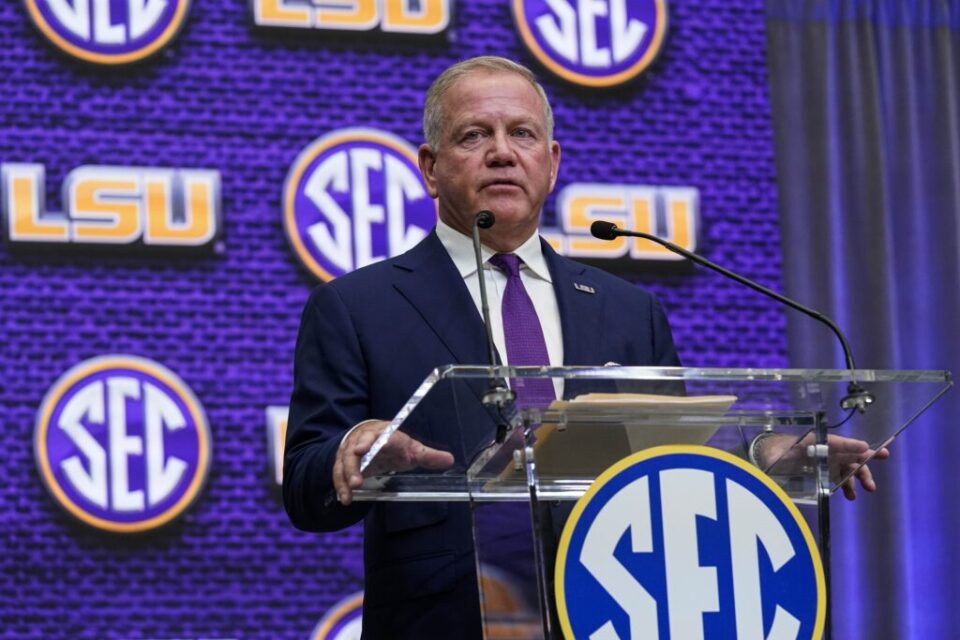 Before the NFL season starts and dominates Sundays, college football has a rare chance to showcase two games at the end of the week. What college football games are on today and how can you watch them either on TV or by live streaming?

Yesterday, we had a massive 75-game slate to take in. Before jumping into the two college football games we have today, make sure to check out PFN’s College Football Players of the Week and Team of the Week.

The first college football game today is between Florida A&M and the FCS superstars Jackson State. In a rare occurrence, this FCS game will be nationally televised, a potential sign of what is to come for the FCS. The Tigers have been in the headlines as of late thanks to their head coach Deion Sanders and the work he has done to rebuild the program. After signing multiple highly sought-after recruits, Sanders and his team are looking to start the season off with a bang in the Orange Blossom Classic in Miami.

Then, in prime time tonight, we get a clash between Florida State and LSU. With a point spread of just a field goal available at most sportsbooks, this game should be close. While both of these teams have had a few down years now, this matchup will be pivotal if either wants to put their organization’s names on the map for this season.

There are a number of interesting storylines in this one, including Brian Kelly’s debut for the LSU Tigers. This will be FSU’s second game this season after they destroyed FCS opponent Duquesne 47-7 in Week 0. QB Jordan Travis looked good but will face a much tougher defensive front against LSU.

With so many games being played across several different channels and live streams, make sure to check out our comprehensive guide on how to live stream CFB games.

Want to stream college football games at home or on the go this season? Check out Vidgo or fuboTV, two streaming platforms that provide you with live sports across multiple devices.