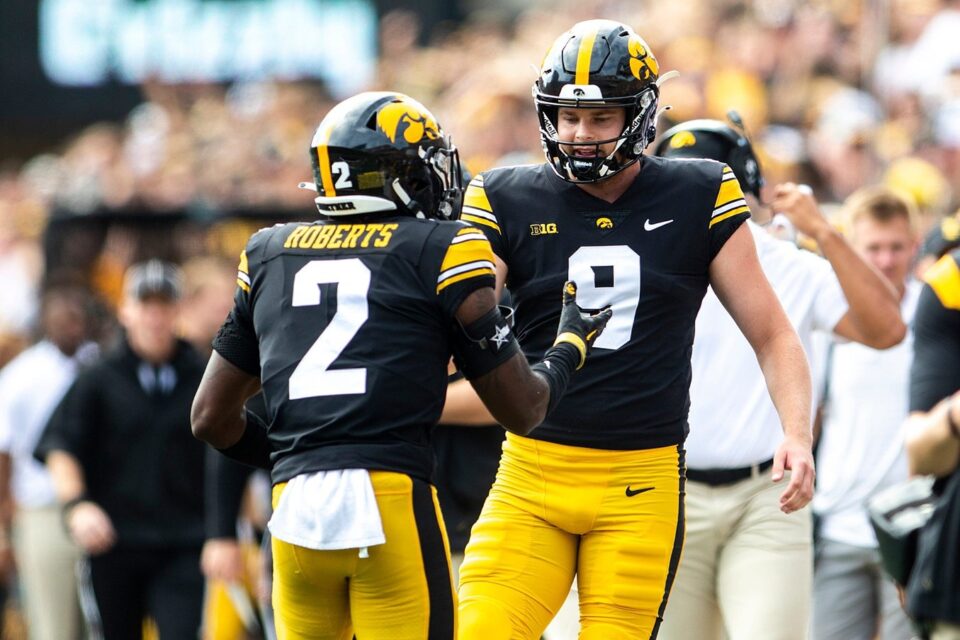 Upsets, close finishes, eye-popping plays — Week 1 of college football had it all. Furthermore, as you read this on Sunday morning, there are still two more games to play. Despite this, we’ll guide you through our weekly dive into the very best of college football, presenting our players of Week 1 that includes some truly remarkable and memorable performances.

For the 2022 college football season, we’ll be awarding players of the week across five categories. It only seems fair that offensive players other than the quarterback position get the recognition they deserve for their contributions. The same can be said for special-teams players who will go overlooked no longer.

Finally, we feel that college football’s true freshmen deserve some accolades for making an immediate impact in their debut season. So, who were the deserving recipients of Week 1’s College Football Players of the Week?

Having been a bit-part player over his first four seasons in college, Todd Centeio had a breakout of sorts last fall for Colorado State. However, he transferred from the Rams to James Madison to spearhead their assault on the FBS. Not only was Centeio the spearhead of the Dukes offense during Week 1, he absolutely speared Middle Tennessee State as James Madison shone on their FBS debut.

The numbers themselves are impressive. Centeio went 21 of 33 for 287 yards and SIX touchdowns. Meanwhile, he added 110 yards on the ground. However, the throws were even more impressive, with strike after dart after laser as the JMU quarterback carved up the secondary with ease. His 35-yard touchdown pass to Kris Thornton early in the third was magnificent. However, achieving all that while putting his name into the program record book helps edge Centeio over some other quarterback performances in Week 1.

After racking up 151 rushing yards against Wyoming last week, Chase Brown arguably deserved Offensive Player of the Week recognition. For an encore, he rattled off 199 yards at 5.5 yards per carry, albeit in defeat to Indiana. Some people might argue that being on a losing team negates a player’s ability, but this isn’t the Heisman Trophy, where it’s impossible to win the award if you’re not also on the best team.

With his combination of physicality, speed, and vision, Brown is almost impossible to stop. He runs hard between the tackles but can also combine speed with finessed footwork. The Illinois running back is already starting to receive some 2023 NFL Draft attention. And it would be no surprise to see our Week 1 College Football Offensive Player of the Week emerge as a draft darling as he continues to destroy and devastate defenses across the nation.

There have been sensational defensive performances all the way through Week 1. However, one performance has left such a lasting impression that it has remained fresh I’m my mind since Thursday night. It is that of Pitt EDGE John Morgan III, who terrorized West Virginia’s offensive line on every snap that he was on the field.

Morgan tallied four solo tackles, three tackles for loss, two quarterback hurries, and a sack. No one is counting the numbers, but JT Daniels and the WVU running back room are likely counting the bruises from repeatedly getting hit by the rising Panther. Morgan was called into battle to replace the injured Deslin Alexandre, adding an extra level of situational sensationalism to his performance.

Tory Taylor has already established himself as one of the top 2023 NFL Draft punting prospects, but he hammered home his value to the Hawkeyes with a series of strikes that were pivotal to a 7-3 Iowa win. The Australian punter downed punts at the 1, 2, 6, and 12-yard lines. His punting prowess led to two safeties that accounted for over half of the Hawkeyes’ total points on Saturday. Taylor’s performance led South Dakota State head coach John Stiegelmeier to comment, “This kid is a freak.”

Missouri hasn’t been a hotbed of five-star recruits. In fact, Luther Burden joins a very select group of college football players to take the highest recruiting accolades to the Tigers. As a result, there was, well, a burden on Luther to have an immediate impact. He took the expectation in stride and delivered a performance worthy of Freshman of Week honors in Week 1.

The freshman wide receiver grabbed three receptions for 17 yards and a touchdown. Meanwhile, he put his speed to use as a running back/Wildcat quarterback, adding a rushing score and 26 yards to his résumé. Burden is elusive, speedy, and has the ability to be physical from his 5’11”, 215-pound frame. It was a stunning debut that left Missouri, and college football fans in general, wanting more.