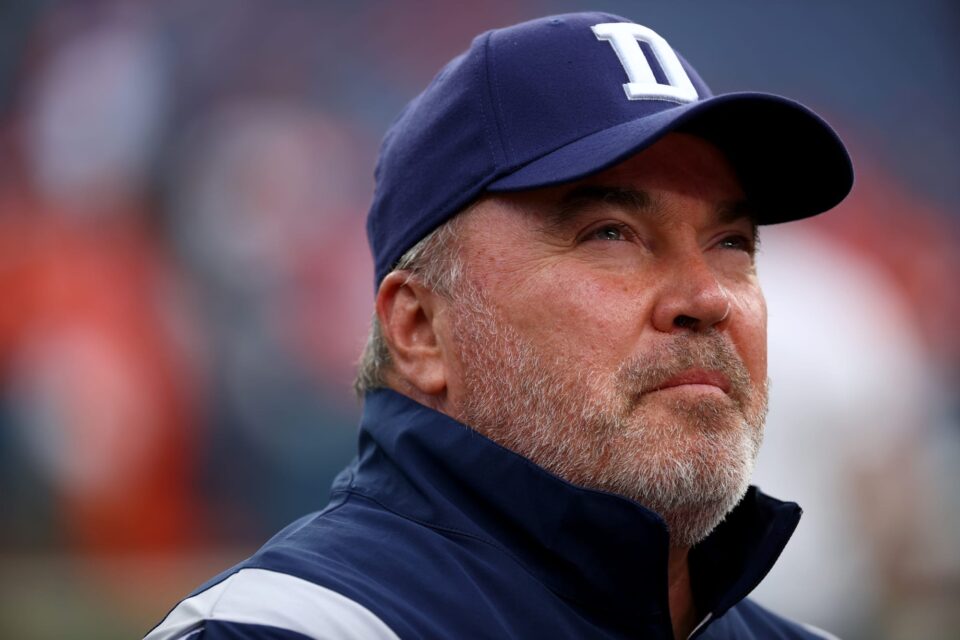 Things are not looking up for Dak Prescott, Mike McCarthy and the Dallas Cowboys after Week 1.

“America’s Team” fell at home to the Tampa Bay Buccaneers on Sunday Night Football, 19-3. To make matters worse, Prescott suffered a major injury to the thumb on his throwing hand. He will be out for the next six to eight weeks as he recovers from thumb surgery. McCarthy was already on the hot seat, so he was completely beside himself once he learned of Prescott’s injury extent.

Here McCarthy is reacting in real time on the AT&T Stadium turf shortly after the game had ended.

Regardless of how you feel about the Cowboys, this stinks for everybody involved. Prescott is one of the better quarterbacks in the league when he is healthy. Unfortunately, this is his second major injury in three years. Dallas may have had serious aspirations about repeating in the NFC East, but the Cowboys will be at a huge quarterbacking disadvantage until Prescott returns in late October.

They could trade for a guy, sign somebody off the street or see what Cooper Rush can do. The former Central Michigan star did lead the Cowboys to a thrilling road victory over the Minnesota Vikings not that long ago. However, it is hard to see the Cowboys winning around 10 games this NFL season to be in the mix for a playoff berth if Prescott misses the next five to seven contests.

As for McCarthy’s job security, this certainly throws an interesting wrinkle in there. If the Cowboys performed terribly, he would be gone. However, not having Prescott available for the first two months of the season could give him the benefit of the doubt in owner Jerry Jones’ eyes. Few coaches can win regularly with a backup quarterback. Jones could pull the plug, but he may not…

Football is a game of injuries, but the Cowboys suffered one of the worst imaginable in Week 1.