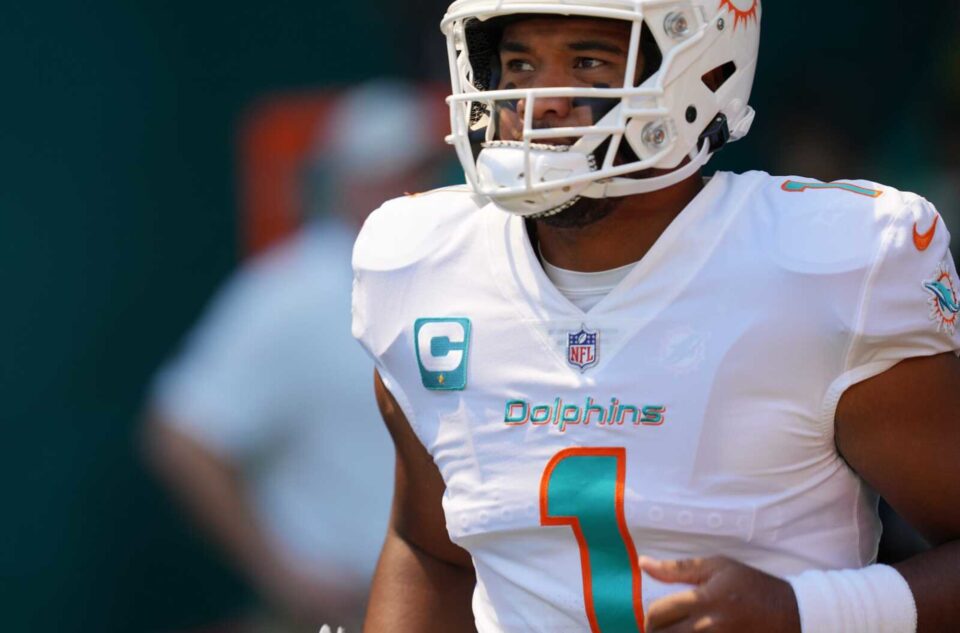 NFL Twitter went in on Wade Phillips for a horrendously insensitive tweet about Tua Tagovailoa after the Dolphins quarterback went down injured.

He also broke a cardinal rule of being a human being: Don’t be a jerk.

The former NFL head coach responded to Tua Tagovailoa being sacked and injured against the Bengals on Thursday Night Football in the worst possible way.

“Very poor decision and ability to avoid the rush— no wonder he has been hurt,” Phillips wrote in a deleted tweet.

Wade Phillips can delete all he wants but them screenshots last forever.

A very poor tweet from a poor, poor man. pic.twitter.com/TkkofNUj3x

That tweet came out while Tagovailoa was down on the grass being tended to by trainers. It came just four days after Tagovailoa stumbled around on a different football field in a way that had the whole NFL world worried for his safety.

Phillips deleted the tweet but screenshots are forever and NFL Twitter made sure he didn’t get away without some serious criticism.

god that Wade Phillips tweet is insane, maybe Tua made a poor decision and lacked the ability to evade the rush BECAUSE HE GOT A CONCUSSION 4 DAYS AGO

Sometimes best to not hit send but we all know you’re thinking that way tho, you would’ve praised the CIN defender

Wade Phillips blocked me for calling him out over his dumb tweet, real tough guy

You wonder why the culture around concussions and player safety is still not where it needs to be? I give you this horrendous tweet from NFL lifer Wade Phillips, who thinks Tua’s decision making was the most disturbing part of that play pic.twitter.com/wmf861K9MB

Wade tweeted a follow-up about never wanting to see a player hurt.

“You know I hope he is ok— NEVER want to see anyone hurt,” Phillips wrote.

That’s probably true but that’s different from blaming a player for his own head injuries. That’s what Phillips essentially did and it’s what he needs to apologize for. The tweet should also make him rethink the way he approaches social media.

Tagovailoa was eventually stretchered off the field and taken in an ambulance to a hospital in Cincinnati. The team announced that he was conscious and had movement in his extremities, which was a relief for the NFL world to hear.

Now it’s just a matter of waiting for further updates on Tagovailoa’s status. There’s also the matter of how Tagovailoa’s injury status was handled by the team. He suffered an injury on Sunday that the team attributed to his back. However, his stumbling after knocking his head on the ground looked like it could be a concussion. The fact that he was allowed to play immediately after, and then four days later, without going through the NFL’s concussion protocol is under scrutiny.