Updates On Sam Darnold, Darren Waller, Zach Ertz, And Others 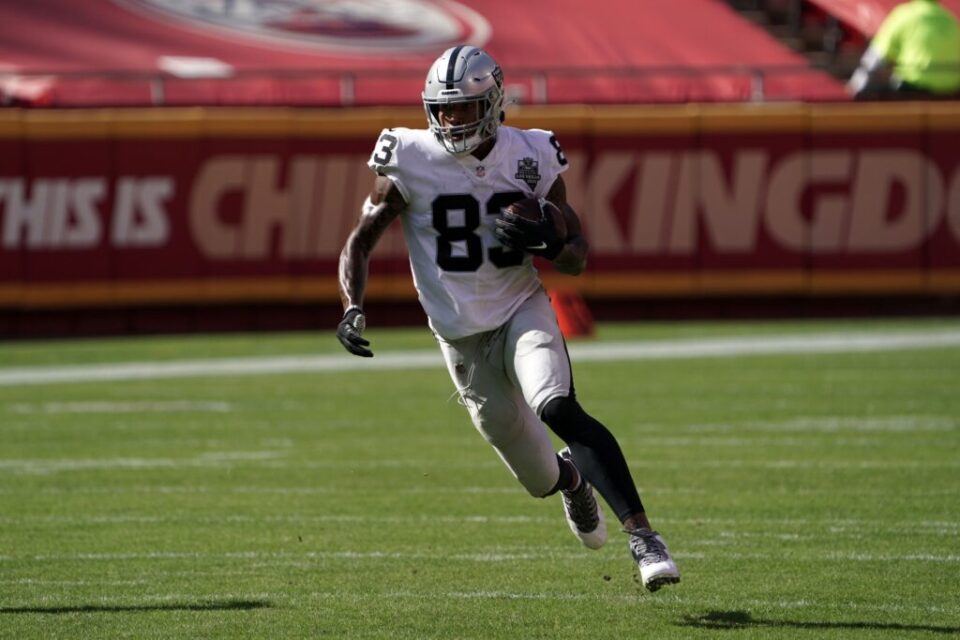 The NFL eagerly awaits as the final week of preparation ahead of the regular season begins. Following the reduction to 53-man rosters, which quarterbacks and tight ends currently find themselves on the injury report, and how concerned should fantasy football managers be ahead of drafts this weekend?

On Thursday, one backup QB situation saw a bit of a shuffle. The Carolina Panthers had held a competition for the starting QB job between Sam Darnold and Baker Mayfield this preseason. While Mayfield grasped the opportunity easily, the Panthers were forced to find another backup after Darnold’s high left ankle sprain.

Carolina placed Darnold on injured reserve after the final cutdown deadline. Carolina expects Darnold to be out 4-6 weeks, and he won’t be able to return until Week 5 at the earliest as players must be out four games after being placed on IR. The Panthers have tabbed P.J. Walker for backup duties for the time being, but given the 53-man limit, it will be intriguing to see what Carolina does when Darnold is ready to return.

Waller’s value across fantasy football leagues is well within the top five for TEs. Given the positive words from McDaniels about Waller’s situation, it seems there shouldn’t be much to worry about in regards to him being out in Week 1.

Arizona’s receiving group has had a rough offseason. WR DeAndre Hopkins is suspended and cannot return until Week 7, Rondale Moore has been out with a mystery injury, and the tight end room is still on the mend. According to Cardinals coach Kliff Kingsbury, TE Zach Ertz‘s availability in Week 1 will “be close.”

Ertz has been dealing with a calf injury since early August. While the TE has made some progress, Kingsbury’s hesitation in giving a definitive answer regarding his status is concerning. Keep an eye out as Arizona gets closer to its home opener against the Chiefs. A backup plan might be necessary, with Ertz commanding starting TE fantasy value.

Let’s head north, where the Vikings finally shared an update to their TE injury report. Early in training camp, starting TE Irv Smith Jr. fell victim to a thumb injury that required surgery on Aug. 2. While he had returned to practice — albeit at the pace of a jog — Smith still hadn’t been cleared to catch anything by Aug. 22. Finally, on Aug. 31, Smith progressed to catching balls and stood a chance at joining the action in Week 1.

While the Vikings have TEs Johnny Mundt and Ben Ellefson backing Smith up, having all hands on deck for their home opener against the Green Bay Packers would be ideal. Week 1 will be Smith’s first game since Jan. 3, 2021, after missing last season due to a torn meniscus. According to Smith and the Vikings, they currently plan on preparing Smith for Week 1.

What about some depth on the TE injury report? The final player on this week’s TE injury report sees an update on Donald Parham Jr. of the Los Angeles Chargers. About three weeks ago, the former top-notch XFL TE went down with a hamstring injury, holding him up until this week. Daniel Popper of The Athletic reported that Parham had returned to individual drills at practice Wednesday.

While Parham is not on the radar as a viable TE fantasy starter, the backup has scored three touchdowns in each of his first two seasons. Gerald Everett will command more playing time, but Parham could be a breakout candidate as he continues to fine-tune his chemistry with QB Justin Herbert. It all starts with the third-year TE getting back on the field.

Zachary Knerr is a contributor to Pro Football Network. You can find him on Twitter @ZachKnerr