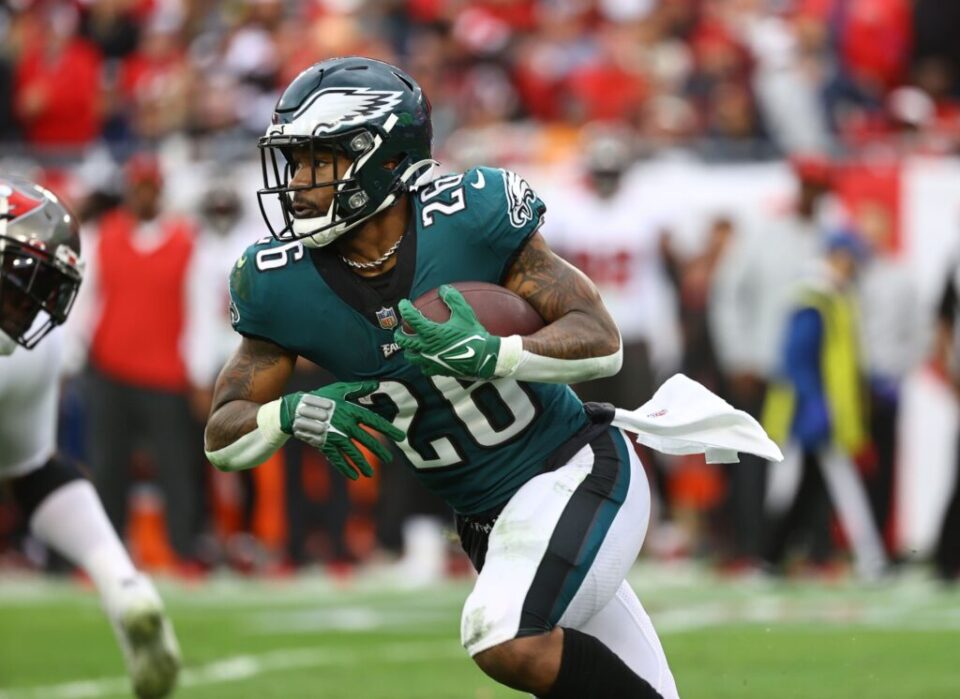 The NFL season is nearly upon us, which means your fantasy football leagues are ramping up. As you prepare for Week 1 of the season, it’s critical to know which players will be available come game time. Let’s take a look at the latest fantasy football injury report surrounding running backs to ensure your lineup is set come game time.

Elijah Mitchell is set to be the starting running back once again in Kyle Shanahan’s run-friendly scheme. With last year’s third-round pick Trey Sermon cut and claimed off the waiver wire by the Philadelphia Eagles, there’s zero question as to who San Francisco’s primary ball carrier is heading into Week 1.

Mitchell has been nursing a hamstring injury for several weeks, but all indications point to him being ready to go out the gate. Should Mitchell be limited in any way to start the season, Jeff Wilson Jr. will be the next man up, and the veteran should be on your radar if you roster Mitchell.

J.K. Dobbins will be ready for Week 1 … maybe? Dobbins was trending to be ready for Baltimore’s season opener against the New York Jets, but head coach John Harbaugh has been cautious as of late, refraining from declaring Dobbins all systems go. The team’s signing of veteran Kenyan Drake certainly won’t calm fantasy managers’ fears, and it’s likely that even if Dobbins suits up, he’ll be limited in some fashion. I’d expect both Mike Davis and Drake to get a healthy share of touches for the first few weeks of the season as Dobbins ramps up.

Miles Sanders is set to lead Philadelphia’s backfield for a third straight season, but a combination of Kenneth Gainwell’s potential emergence and Sanders’ inability to stay healthy could keep the latter from holding the RB1 position for long. Sanders is battling a hamstring injury, and though head coach Nick Sirianni had a positive assessment of his starting running back’s recovery, it remains to be seen whether Sanders will be ready to go come Week 1.

If Sanders were to miss time, veteran Boston Scott would likely be the first to see touches. Gainwell should be involved as well, regardless of Sanders’ game-time status, as the second-year playmaker impressed in limited action last season and is a threat every time he touches the ball.

Rookie running back Kenneth Walker was expected to be heavily featured in Seattle’s offense this season, but a hernia surgery has his status for the next few weeks very much in doubt. Head coach Pete Carroll, famously optimistic about his players’ recovery progression, has been hesitant to say much about Walker’s potential availability.

“This is really uncharted territory for him and for us too in that regard in what he’s coming back from,” Carroll said this week. The fact that the Seahawks have kept Walker off of the injured reserve is a positive sign, and it likely means they expect him to take the field before the first month of the season is out. Until he returns to action, Rashaad Penny will take on a heavy workload, and Travis Homer should be the next guy up to pitch in.

Brian Robinson is thankfully on track to make a full recovery following a scary incident in which the Washington Commanders rookie was shot twice in an attempted robbery. Fortunately, Robinson is already back at the team’s facilities, as shown in this video released by the team.

Robinson was placed on the non-football injury list, meaning he’s set to miss at least the first four games of the season, but the team has expressed optimism that he will play at some point this year. Robinson had emerged as the team’s top running back before the incident. Once he’s back in game shape, he’ll likely be heavily featured in the offense alongside Antonio Gibson and J.D. McKissic.