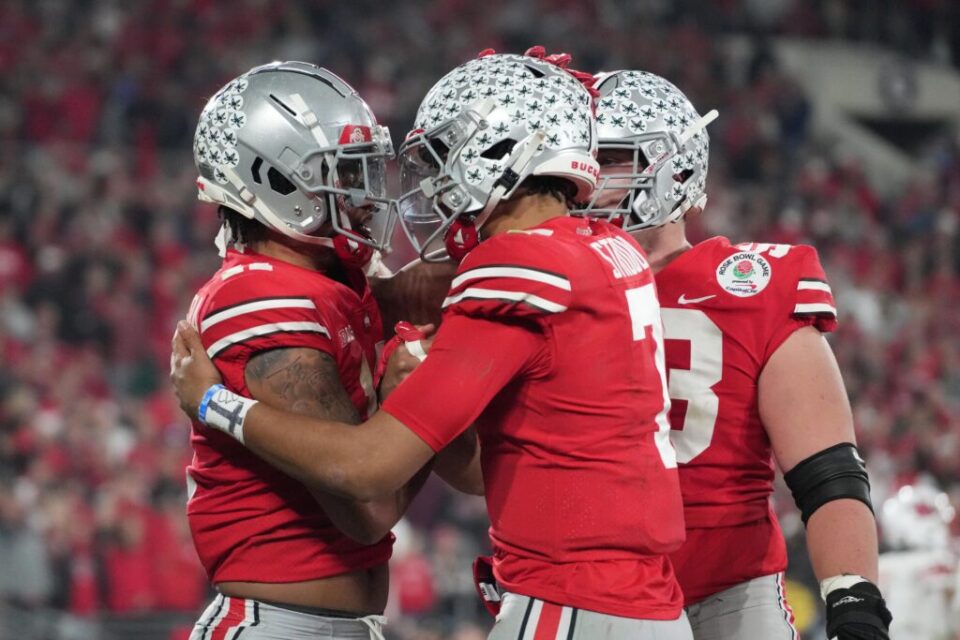 Don’t get me wrong, I’d prefer this to be UNC +3, but with the first game jitters out of the way for the Tar Heels, I fully expect this team to hum offensively. Drake Maye made history that Sam Howell didn’t even touch in his debut, and Omarion Hampton has shown to be a valuable pick-up as well.

The biggest question for UNC in this one is whether they can control the trenches or not against a stout defensive front from App State. Chase Brice is as experienced as they come at the quarterback position, but the Mountaineers need to find playmakers on the outside after losses this summer. UNC uses their talent gap and experience from their Week 0 outing to edge ahead late.

One of the nation’s best quarterbacks kicks off the action to start the noon slate on Saturday. Devin Leary should be on everyone’s shortlist for the Heisman Trophy, and what better way to start things off against an ECU secondary that seems void of playmakers? Also, NC State’s secondary should be healthy and long, playing a variety of coverages that have historically given ECU QB Holton Ahlers fits.

The big-armed lefty does have Keaton Mitchell to help him in the backfield, but when push comes to shove, the better QB prevails. NC State stamps Leary’s Heisman candidacy with an impressive Week 1 performance in all facets.

The dream season that was for Cincinnati last year has paved way for favorable odds against them. Without making the College Football Playoff last season, you’d better believe a team like Cincinnati would be double-digit underdogs to open the season on the road against a quality SEC opponent like Arkansas.

The Razorbacks have been rebuilt from the ground up under head coach Sam Pittman and have the components to not only cruise past Cincinnati but also compete in the SEC this fall.

For the Bearcats, their losses on offense are far too much to overcome in this outing against Arkansas. Desmond Ridder’s leadership qualities were arguably one of the most underrated features that made him so successful at the helm in the Queen City. With Ridder gone, this team lacks identity, even if their defense should be tremendous once again.

Cincinnati makes it interesting early, but Arkansas pulls away by dominating the trenches on both sides of the ball.

The BYU Cougars are one of the top teams in the country. But hailing from Provo, Utah, this is a team that should have a rude awakening in the hot Florida sun in early September. Jaren Hall is a top quarterback nationally, but this BYU team will have to empty the tank to stand up to this line against USF for all four quarters.

BYU is certainly the better team, but the weather should absolutely be a factor throughout this contest. Gerry Bohanon opens up his USF tenure as a double-digit dog, something he never experienced at Baylor last season. The Bulls pull within one score late as BYU struggles to find depth offensively and defensively.

The James Madison Dukes are welcoming Middle Tennessee to Bridgeforth Stadium to open their inaugural FBS campaign. It’s a celebration decades in the making for JMU who fought long and hard for their right to join the FBS ranks. Expect Todd Centeio to break through and Kris Thornton to explode on the big stage in JMU’s first outing.

Thornton, a 1,000-yard receiver last year, put up big numbers against secondaries that are far more experienced and more talented than MTSU’s is this season. Jarius Reimonenq transfers in to help bolster an impressive secondary for the Dukes, and the Blue Raiders should have a hard time finding anything consistent against this JMU defense.

Welcome to the show, JMU.

There isn’t much more to say about the Ohio State Buckeyes that hasn’t been said this offseason. C.J. Stroud is the best quarterback in the country, and he has his sights set on redemption, a Big Ten championship, a national title, and more Ohio State records. He’s already set 17 program marks in his first season as the team’s quarterback and 2022 returns arguably an even better core group of players.

There is just far too much for Notre Dame to overcome in Marcus Freeman’s first game as the team’s head coach. As great of a high school player Tyler Buchner was, a night game in the Shoe against a vaunted Ohio State defense is not what the doctor ordered for your second-ever start. Denzel Burke at cornerback is a star, and the edge pressure from the Buckeyes should give Buchner fits all game long. If Buchner does use his legs, the linebacking corps has the athleticism to stymy his ground game.

Notre Dame competes through their scripted offense, but it’s a different ball game from the second quarter on.