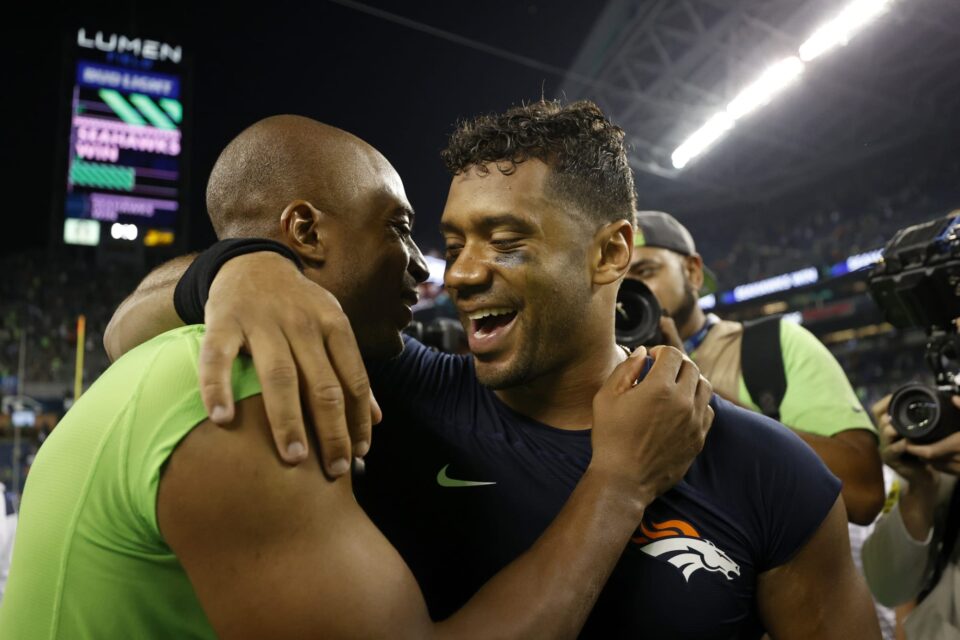 Michigan turning the tables: Ohio State needs to prove it can hang with Wolverines by Cody Williams

After Russell Wilson lost his return to Seattle, his former Seahawks teammate Tyler Lockett did him a favor. It turns out Wilson might want to alter his pre-snap signals.

Wilson struggled at times against his former team — perhaps it was the familiarity the Seahawks and Pete Carroll had with his style of play, or the emotion of the moment. The end result was the same: Wilson went 29-of-43 for 342 yards and a touchdown.

Much of those statistics were inflated late, though two red-zone turnovers by Broncos running backs essentially forfeited any chance Denver had at victory in the second half.

Lockett, for one, noticed that Wilson was using the same pre-snap hand signals he employed in Seattle. The veteran wide receiver forwarded that intel to the Seahawks’ defense, which helped them time the snap.

Tells Courtland Sutton and K.J. Hamler after the game they need to change them since he knew them. https://t.co/2bYUaULq1Z

The full segment can be found at this link, starting at about 3:40 in.

For the most part, Wilson has said all the right things about his time in Seattle. Carroll stoked the flames somewhat pregame, and made it obvious how badly he wanted to defeat Wilson.

We can likely chalk that up to competitive edge.

Now that the moment has passed, Lockett made sure to mention Wilson’s hand signals to Broncos wide receivers Courtland Sutton and K.J. Hamler.

Week 1 signaled an early stumble for Wilson and Nathaniel Hackett. Perhaps Super Bowl or bust was a little premature for this team in their first go-around together, especially considering we had yet to see the final product on the field together.

Offensively, they can certainly move the ball. The key is avoiding major mistakes (such as red zone turnovers), and game management. Hackett learned the latter point the hard way.