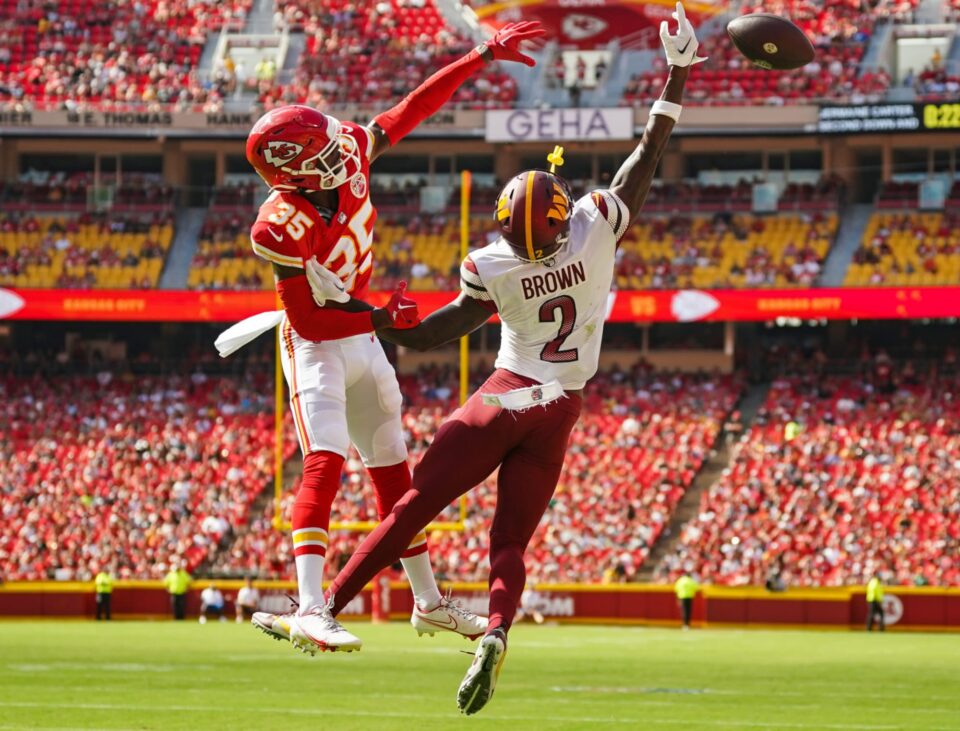 Jaylen Watson had a coming-out party for the Chiefs against the Chargers on Thursday night but the story behind it all is truly something to see.

Due to injuries, the Chiefs had to turn to cornerback Jaylen Watson against the Chargers this week and it paid off for the team in Week 2.

His pick six — in which he baited quarterback Justin Herbert into the throw — was a fun play to watch. It isn’t easy to fool Herbert, but Watson was able to do so and shifted momentum completely in that game.

But it’s Watson’s story about how he got to the Chiefs that we can all feel good about and get behind.

Three years ago, Jaylen Watson was working at a Wendy’s while he was trying to find somewhere to continue playing football.

Tonight, he has a 99-yard INT of Justin Herbert in his 2nd career NFL game.

Perseverance would be an understatement.

Chiefs: Jaylen Watson’s pick-6 was another chapter in his story

Watson’s inspiring story speaks of hard work and determination. He never gave up on his goal, and eventually saw it come to fruition. The question remains whether or not he can build off of it.

Anytime a team is forced to play a former seventh-round pick, it’s easy to have doubts about their ability to step up, especially against a quarterback like Herbert. But not this time.

Watson was ready to make the most of this opportunity, and he’s likely to receive more playing time going forward. Nate Taylor of The Athletic outlined Watson’s role in Kansas City’s defense:

Listed at 6-foot-2 and 197 pounds, Watson was impressive with his speed and press-man coverage techniques while using his length when guarding Mike Williams, the Chargers’ star receiver listed at 6-foot-4 and 218 pounds…A desire for a younger, more athletic defense in the offseason is translating into an improved unit for coordinator Steve Spagnuolo,” Taylor wrote.

Watson’s success story is a lesson for us all — be ready for your opportunity, because you never know when it may come.