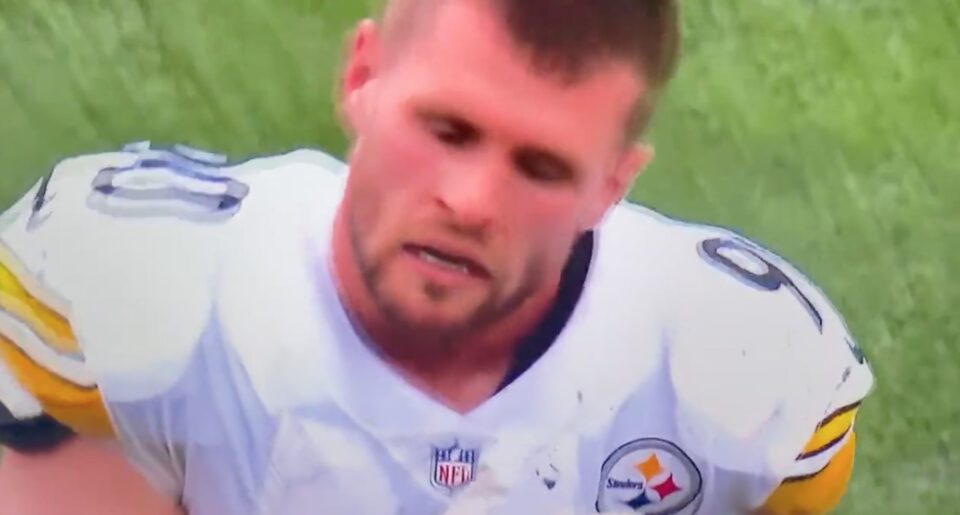 The Pittsburgh Steelers opened up their season playing their rivals and the reigning AFC Champions in the Cincinnati Bengals. Pittsburgh led Cincinnati the majority of the game, but it got close towards the end. But, the Steelers may have taken a huge hit late in the fourth quarter.

With less than a minute remaining in regulation, Steelers defensive lineman TJ Watt went for a sack on Bengals quarterback Joe Burrow. But after the play Watt walked towards the sideline and pointed to his left armpit.

NFL Network’s Ian Rapoport pointed out that it appeared that Watt mouthed the words “I tore my pec.”

#Steelers star TJ Watt just walked to the sidelines pointing his arm and appeared to mouth the words, “I tore my pec.” Hopefully not.

Watt walked to the locker room and was not on the field for overtime. The Steelers officially ruled him out with a pec injury.

After the game Schefter and Rapoport both reported that the Steelers believe the injury is serious and could sideline Watt for most of — if not all of — the remainder of this season.

Steelers believe TJ Watt tore his pec and he is scheduled to undergo scans Monday to confirm diagnosis, per source.